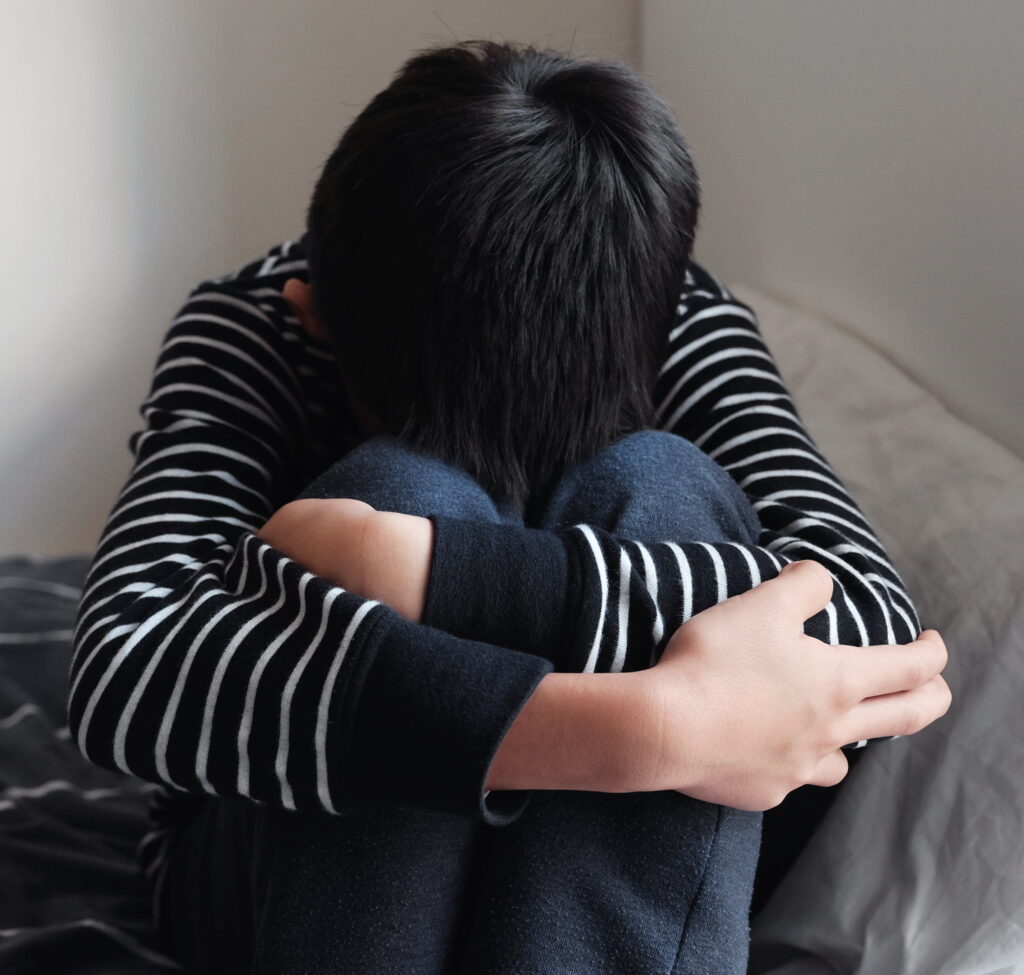 Symptoms of depression and anxiety have doubled during the pandemic, with 25% of youth experiencing depressive symptoms and 20% experiencing anxiety symptoms, according to Murthy’s 53-page advisory. There also appear to be increases in negative emotions or behaviors such as impulsivity and irritability — associated with conditions such as attention deficit hyperactivity disorder or ADHD.

“It would be a tragedy if we beat back one public health crisis only to allow another to grow in its place,” Murthy said in a preface to the advisory. “Mental health challenges in children, adolescents, and young adults are real, and they are widespread. But most importantly, they are treatable, and often preventable.”

Even before the pandemic, children from all backgrounds faced serious mental health challenges, Murthy said. But nearly two years of disruption took a toll and worsened their mental health — especially for such groups as immigrants, students with disabilities and students of color from low-income families.

At the same time, pandemic-related safety measures reduced in-person interactions among children, friends, social supports and professionals such as teachers, school counselors, pediatricians and child welfare workers. This isolation made it “harder to recognize signs of child abuse, mental health concerns, and other challenges,” the advisory states.

“This is unprecedented, the amount of trauma that our students are experiencing on a mass scale,” said Loretta Whitson, executive director of the California Assn. of School Counselors.

A surgeon general’s advisory is a public statement intended to focus national attention to an urgent public health issue and provide recommendations for how it should be addressed. “Advisories are reserved for significant public health challenges that need the nation’s immediate awareness and action,” the document said.

The advisory calls for a broad-based and rapid response from government, social media companies, community groups, schools, teachers, parents and even students —and listed resources available to them.

Murthy issued his advisory the day after a quick visit to King/Drew Magnet High School of Medicine and Science, a campus of high achievers that is, comparatively speaking, well-staffed for mental health support and is adjacent to a regional medical center and medical school in the Willowbrook area of South Los Angeles.

But even here, students have been struggling, said Jesus El, a 17-year-old senior. Despite concerted efforts from teachers, many students became disengaged after campuses shut down and learning moved online to the Zoom format.

“For most of my classes, it was just names in a box — no microphones being turned on, no cameras, no chat,” Jesus said. “Unless the teacher says: ‘Say yes, if you’re still here,’ it was just ghost town, kind of.”

And students also are having difficulties adjusting to the resumption of in-person schooling.

“A lot of people still feel like, everything is virtual, like, they act as if we can’t see or hear what they say,” Jesus said. “A lot of students have been less motivated to come to school, you know, miss school more. I’m noticing a lot more students start to leave class and take long bathroom breaks.”

This fall Jesus was part of an effort to launch a school mental health club, which works to help students understand when and where to seek help, and to destigmatize the experience. It’s the kind of youth-initiated model cited in the advisory.

“I tend to notice when something is wrong,” she said, “whether it be how they’re texting, or how they’re talking to me, or how they’re reacting to certain things that I’ve done or said. If I see it on like Tuesday, I’ll ask them on maybe Wednesday — because you don’t want to just let them go through it all by themselves, because then that becomes something that is hard to take on.”

Sydnee wasn’t doing so well herself. For a time, she lost interest in activities and engaging with family and friends. The pandemic made everything feel so dull and hopeless, she said, but her bond with an older sister helped pull her out.

In an interview, Murthy underscored the importance of friends, parents and teachers being attentive to changes in mood, behavior and interests. He noted that mental health symptoms in youths frequently become evident 10 years before they begin to be addressed.

Historically, the problem has been the lack of money to hire counselors. For now, the money is there, but the professionals are not. The advisory recommends that government — at the local, tribal, state and federal level — invest in a pipeline for counselors, nurses, social workers and school psychologists.

Daniel Eisenberg, a professor of health policy of management at the UCLA Fielding School of Public Health, said he agreed with the advisory’s holistic approach in taking on problems that had been worsening long before the pandemic.

“This is an issue that really requires a long-term investment from all the stakeholders mentioned in the advisory, our entire society … for years and decades to come,” Eisenberg said.

A positive sign is that “young people are very knowledgeable and energized about mental health as an issue,” Eisenberg said.

The surgeon general has limited direct power, but traditionally speaks with medical expertise as the voice of the executive branch — a role that can be magnified by the individual in the office and the issues that person takes on. The surgeon general’s warning on tobacco products is a well-known example.

Murtry is on his second tour of duty. He also served as surgeon general from 2014-17, appointed by President Barack Obama. The latest advisory is his second during the Biden administration. His first flagged the “urgent threat” of medical misinformation, calling on tech and social media companies to operate more responsibly.

Murthy said there’s a connection between the two advisories because misinformation can amplify polarization, “and that actually creates a really stressful environment.”

“I’ve learned from my own small children — they’re very sensitive to disagreement around them, whether their parents are arguing or other people are arguing.”

Some of the recommendations seem aspirational, like asking technology companies to step up, said Robin H. Gurwitch, a psychologist and professor at Duke University Medical Center. But aiming high is better than settling for the status quo, she said.

“I really do believe that this advisory infuses hope and if nothing else, carries hope forward that things can be better. Oftentimes, right now with COVID, mental health has taken so many hits.” With the advisory, she said, there’s hope that, “we can begin to shed some light on the issues and truly move forward in a productive way.”