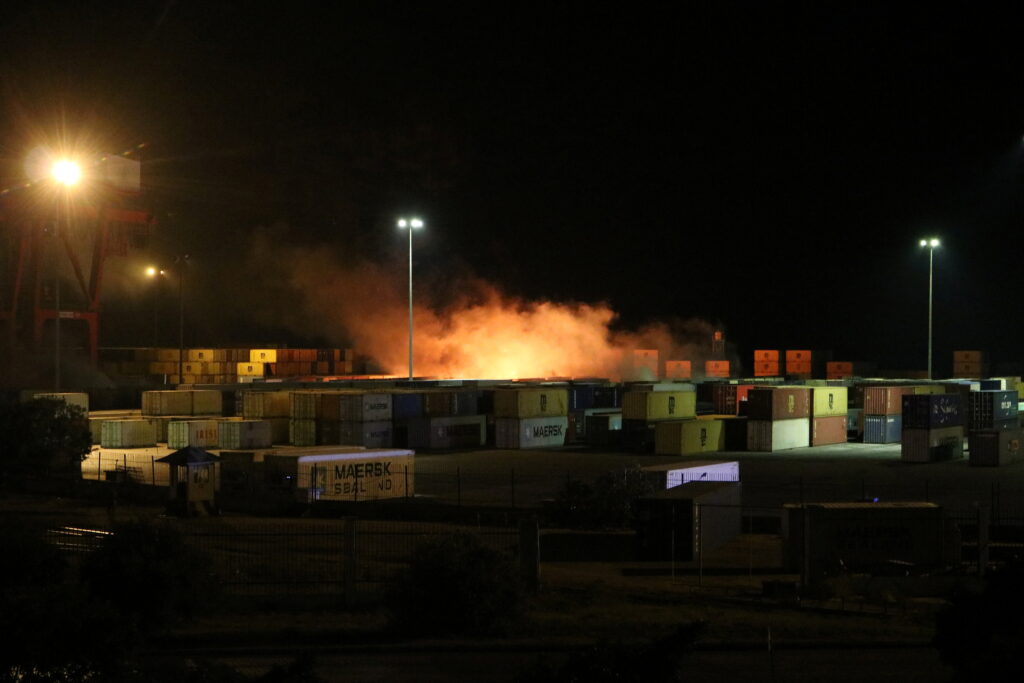 At around 1:20 a.m. early Tuesday, state media in Syria reported that Israel had launched a missile attack on Syria.

Syria’s state media quoted an unnamed military official as saying that several missiles struck the containers area in the port of Latakia setting some of them on fire. The official gave no further details. Syrian state media reported that five explosions were heard in the port and a huge fire erupted in the containers area and fire engines have rushed to the port. The Israeli military does not comment on foreign reports, a military spokesman said.

Air defense systems were reportedly activated, and journalist Nir Dvori reported on Channel 12 that an antiaircraft missile fired by the Syrians, missed the Israeli planes, crossed into Israeli territory and exploded at high altitude, above sea level in front of Haifa. The shrapnel fell into the sea and caused no damage.

According to the report, the IDF air defense system followed the missile but decided not to intercept it after it became clear that it did not endanger civilians. The IDF spokesman refused to comment on the details.