“When my clients Roberto and Illana Birman were removed from their American Airlines flight 332 from Miami to New York on August 12, 2021, they were treated horribly and did not deserve to be dealt with in such a demeaning manner,” said Bradley Gerstman, who is representing them in a lawsuit they filed against American Airlines on November 29, 2021.

“They were upset and shaken, and their removal from the plane took them off their schedule and separated them from Roberto’s diabetes medication which was in his checked baggage that was left in the belly of the plane. The airline did not help with their accommodations in any way, and they were forced to stay with friends for a day while Hurricane Fred barreled into Miami. All in all, it was a harrowing experience which was not done for any valid reason,” Mr. Gerstman informed Hamodia.

Mr. Gerstman and his law partner, David Schwartz, have been involved in a lawsuit campaign dubbed “Hit a Jew-We’ll Sue” where they intend to litigate against perpetrators of any anti-Semitic acts. “To date, we have had many stories which came our way, and a number of them have advanced to the point of becoming lawsuits,” Mr. Gerstman said. “We are enthusiastic about this particular case since it defies logic why the airline or its employees acted with such malice. We have contacted American Airlines by letter, as representing our clients, and when they did not respond we filed our lawsuit. So far, American Airlines has not responded to us, nor have they spoken to the New York Post which wrote an article about the case. The most they are willing to say is that they are reviewing the case.”

In response to Hamodia’s question as to why the flight attendant would demand the tallis bag to be removed from the overhead compartment, the lawyer says he is at a loss for an explanation.

“There is no regulation which requires that it be stowed specifically under the seat, and American Airlines has never stated a reason for demanding that the tallis bag be placed on the floor and could not remain stowed in the overhead compartment. My clients had no other hand luggage in the overhead, and they tried to explain that since the tallis bag is a religious item, it would be disrespectful to place it on the floor. They would never ask that a cross, a bible or koran be put on the floor under the seat. But my client’s explanation was to no avail. Before they knew what was happening, the captain was called, and although he did not say anything, security came and insisted they deplane.”

When the incident came to light, Mayor De Blasio tweeted, “This an outrageous insult. Just tremendous disrespect to our entire Jewish community. American Airlines, you owe the Birmans a real apology and you need to change this policy. Now.”

“Mayor De Blasio has been active on this issue,” Mr. Gerstman said. “Generally, he has responded spot on when incidents of anti-Semitism came to light.”

When asked how his clients are holding up, their lawyer said they are relieved that someone is standing up for them. “They understand that corporations only respond when they are hit in the pocketbook. I’m sure American Airlines does not want to offend the Jewish community, who are known to be active participants in the airline industry. As the case proceeds, we will assess the damages. But in the meantime, the Birmans have faith in the American judicial system to bring about a just conclusion to their humiliating experience.” 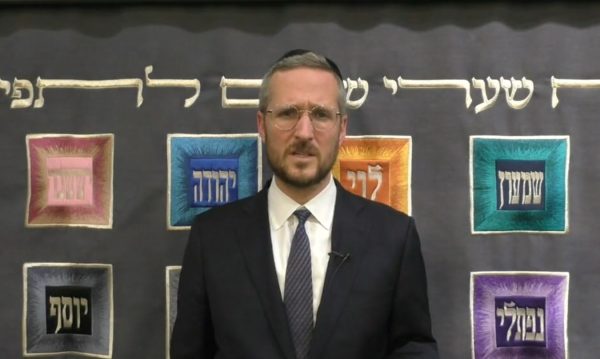