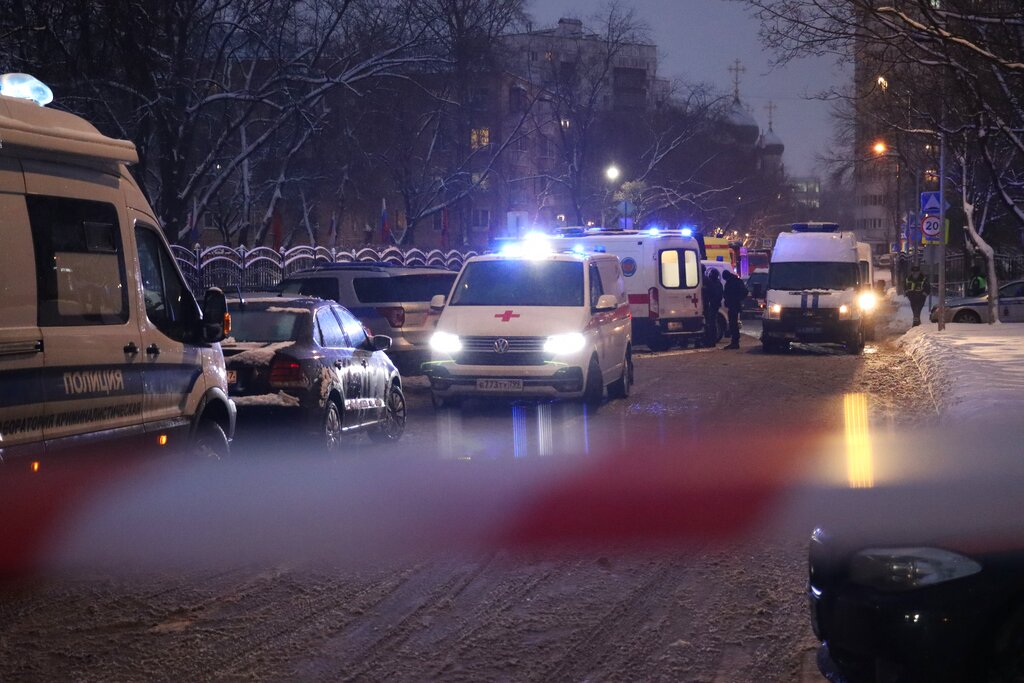 A gunman opened fire in a Moscow government services center and killed two people Tuesday, reportedly after being told to put on a face mask, authorities and Russia media said. Four other people were wounded.

Moscow Mayor Sergei Sobyanin said on Twitter that a suspect was detained. Sobyanin didn’t offer any details about the assailant or his possible motive, saying only that the incident took place in the southeast of the city.

“Doctors are doing all they can to help those wounded,” the mayor said.

The suspect is a 45-year-old Moscow resident, according to Russian Interior Ministry spokesperson Irina Volk. A 10-year-old girl was among the people wounded, Volk said.

Deputy Mayor Anastasia Rakova said four people have been wounded, and three of them are in grave condition.

State news agency Tass reported, citing an unidentified law enforcement source, that the man drew out a gun and started firing shots after an argument with a security guard who asked him to put on a face mask.

Masks are mandatory in indoor public places like the municipal services center, where residents apply for passports, obtain real estate documents and get help with other bureaucratic tasks.

Russia’s Interfax news agency reported, also citing an unnamed source, that a Glock handgun was found at the site of the shooting. Ownership of handguns and other short-barreled weapons is severely restricted in Russia. Only professional sports shooters are allowed to own them, and the weapons must be stored at shooting clubs.

Russia’s Investigative Committee has launched a criminal probe into the fatal shooting on charges of murder and illegal arms trafficking. If convicted, the assailant could face life in prison.