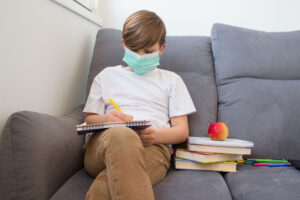 The ages between 13 and 24 can be particularly fraught, and the coronavirus pandemic is taking an extra toll on this age group, a new survey has found.

While the world’s attention has been focused on the physical ravages of COVID-19, the depth of the mental health challenges are slower to emerge. And none may be as deeply affected as the generation coming of age — or trying to — during one of the most tumultuous times in recent human history.

New research is starting to assess the psychological toll, the latest being a poll taken jointly by MTV Entertainment Group and The Associated Press-NORC Center for Public Affairs Research and released on Monday.

While about a third of respondents ages 13 to 56 said the pandemic was a major source of stress, nearly half of those ages 13 to 24 said it had had a profound impact on their mental health and their lives in general.

Among Americans in Gen Z — born between 1997 and 2012 — 46% said the pandemic has made it harder to pursue their education or career goals, compared with 36% of millennials and 31% in Generation X.

Gen Zers also found it more difficult to maintain solid friendships, with 45% of them feeling that way compared with 39% of Americans in Gen X, who range in age from 41 to 56.

They were people like 16-year-old Ivy Enyenihi, who was hunkered down attempting remote learning last year, with little in-person interaction, and college student Tanner Boggs, 21, who told the AP his academics as well as mental and physical health took hits as he spent last school year in his apartment bedroom, his motivation to learn ebbing.

The findings correlate to what’s being seen on the ground in health and education arenas, the AP said. Months of remote schooling and limited social interaction have taken their toll among teens and young adults, and they are reporting higher rates of depression and anxiety. That’s on top of the academic setbacks suffered during online schooling.

The pandemic caught children and adolescents just when their brains were developing, an age when humans see the most growth in executive function — the complex mental skills needed to navigate daily life, Dr. Cora Breuner, a pediatrician at Seattle Children’s Hospital, told the AP. As a result, young people are not only falling behind in school but are also lagging in the skills needed to cope with stress and decision-making that they would normally be developing now.

“It’s this perfect storm where you have isolated learning, decreased social interaction with peers, and parents who also are struggling with similar issues,” Breuner told the AP.

This isn’t the first study to pinpoint the particular mental health impact of COVID-19 and its attendant distress on Gen Z. In October 2020, the American Psychological Association reported in its Stress in America survey that Gen Z adults ages 18 to 23 were the most likely age group to report depression symptoms.

Likewise, across in June of this year, the The Guardian reported that 64% of young Europeans were at risk of depression, up from 15% before the pandemic hit.

“The risk for the future is that we have a group who have spent almost a year and a half of their early life in a total blackout, gaining no experience or human capital,” Massimiliano Mascherini, head of social policy at the European Union’s foundation for living and working, told The Guardian. “They may represent a part of the workforce that will suffer throughout their lives.” 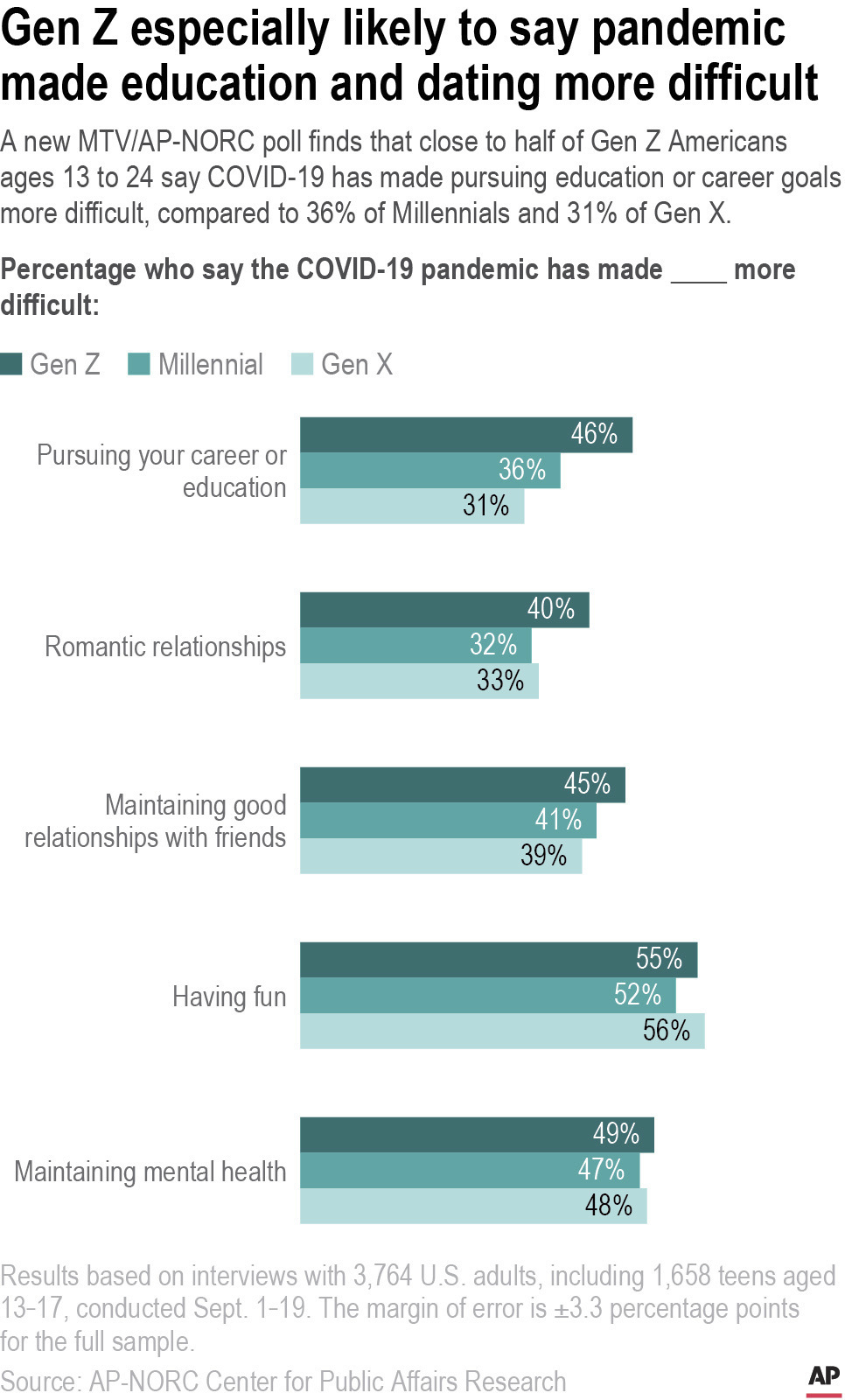