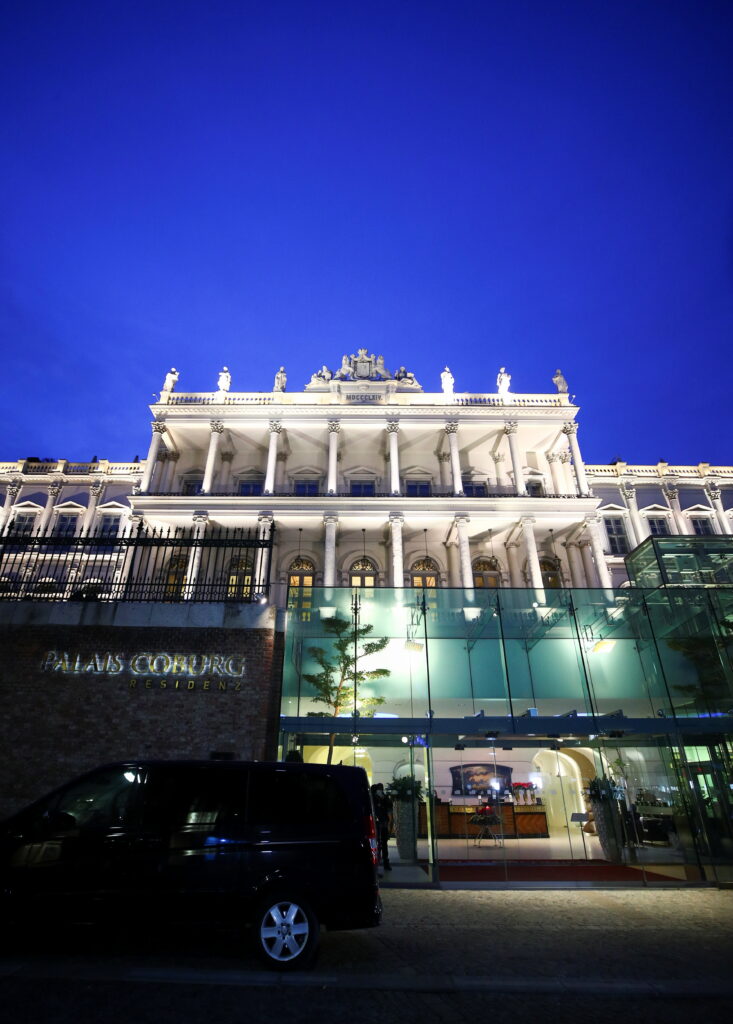 “Iran’s rejectionist position was predictable, it was clear they didn’t go to Vienna to reach a deal. In the coming days we’ll know whether they hold firm to that position or show some flexibility and compromise,” an Israeli official told Yisrael Hayom on Sunday following the latest developments from Vienna, where world powers were negotiating with Iran to return to the original 2015 nuclear deal.

On Saturday, a senior U.S. State Department official said Iran abandoned any compromises it had made in the talks, pocketed those made by others, and demanded more this week.

Tehran’s stance disappointed not just the United States and its European allies but also China and Russia, historically more sympathetic to Iran, the official said, speaking on condition of anonymity.

While stressing that the United States still wanted to revive the deal, under which Iran had limited its nuclear program in return for relief from economic sanctions, the American official told reporters time was running short.

On Friday, Secretary of State Antony Blinken said, “Iran right now does not seem to be serious about doing what’s necessary to return to compliance” to the original deal.

“If the path to a return to compliance with the agreement turns out to be a dead end, we will pursue other options,” Blinken said.

After five days of talks in Vienna, diplomats broke off negotiations to consult with their governments and will possibly reconvene in one week.

EU diplomat Enrique Mora, the European Union official chairing the talks, said there had been some progress, but further “convergence” was necessary.

“We have identified the challenges ahead. Now it is time to consult with capitals,” Mora told reporters. “We will be resuming here in Vienna next week.”

“We have substantial challenges ahead, time is not unlimited, there is an obvious sense of urgency,” he added. “But above all, we need a certain convergence of policy to start negotiations.”

White House press secretary Jen Psaki said that Iran’s approach in talks last week was not to resolve nuclear issues, noting that a solution could be at hand if Iran was committed.

While saying it was unclear whether China and Russia might ramp up economic pressure on Iran if talks fail, the anonymous U.S. official suggested their positions may be evolving.

“They also were quite taken aback by the degree to which Iran had walked back its own compromises and then doubled down on the requests that it [made],” he said. “They do share a sense of disappointment, to put it diplomatically.”

In the United Arab Emirates, French President Emmanuel Macron expressed doubt that the new round of the struggling negotiations with Iran would succeed but added, “That does not mean the negotiations will not restart, and quickly.”

“I think everyone is aware how important it is to continue discussing not just the nuclear deal but other regional issues,” Macron said while in Dubai on the first day of a two-day Gulf trip.

France, along with Germany and the U.K., thinks that the 2015 nuclear agreement, with minor tweaks, remains the best way forward with Iran. Israel, and Gulf countries like the UAE and Saudi Arabia, have opposed the agreement.

Since the deal’s collapse, Iran started enriching small amounts of uranium up to 60% purity; weapons-grade uranium calls for levels of 90%. Iran also spins advanced centrifuges barred by the accord, and its uranium stockpile now far exceeds the limits set out in the deal.

The International Atomic Energy Agency, which monitors the Islamic republic’s nuclear program, reported Wednesday that Iran has taken steps to enrich uranium up to 20% purity at an underground nuclear facility in Fordo where all enrichment activity was supposed to cease.

IAEA inspectors are unable to fully monitor Iran’s program because Tehran has limited their access to its sites.

The Iranian rial currency, meanwhile, dipped on Saturday but remained above historic lows.