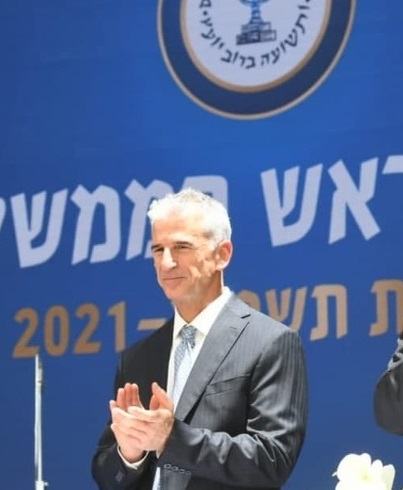 The chief of the Mossad intelligence agency left on Motzoei Shabbos for talks with senior U.S. officials in Washington, which are expected to focus on Iran’s nuclear program.

David Barnea is reported to be delivering to the American officials updated intelligence on Tehran’s efforts.

Israel has apparently told the U.S. that sanctions on Iran should be intensified and that a credible threat of military action should be made after the Vienna talks on the return to the 2015 nuclear deal yielded no results.

“There is no conflict with Washington,” a senior official said, adding that Israel and the U.S. are trying to act in coordination.

In a rare public appearance last week, Barnea said Iran will not possess a nuclear weapon. He is expected to tell his American hosts that Iran continues to fool the world by attending the Vienna talks while their nuclear program continues in full force.

The talks in Vienna between world powers and the Islamic Republic broke off on Thursday but are expected to resume later in the week.

Barnea is also set to reiterate Israel’s position that it would not be bound by any agreement reached with Iran, and that Israeli efforts to foil Tehran’s nuclear ambitions will continue.

Israel insists no deal is better than a bad deal and that more severe sanctions are the way forward.

A senior State Department official said in a press briefing on Saturday that Iran abandoned any compromises it had made in talks to revive its 2015 nuclear deal and demanded even more during the negotiations.

According to the official, Tehran’s stance disappointed not just the United States and its European allies, but also China and Russia, historically more sympathetic to Iran.

Defense Minister Benny Gantz will travel to Washington on Wednesday for meetings with Secretary of State Antony Blinken and Secretary of Defense Austin as part of Israel’s attempts to sway the American position, which has thus far been in favor of an agreement with Tehran.

In the meantime, the government approved an additional five billion shekels for the IDF earmarked for weapons systems and Iron Dome projectiles, in apparent preparation for a potential military conflict with Iran.

Gantz told Yediot newspaper last week that the latest procurement was in preparation for a failure in the Vienna talks. “We must prepare for any scenario in the defense of Israel,” he said.

“My visit to Washington will focus on Iran and is in support of international efforts. I plan to facilitate Israel’s military capabilities,” he said.