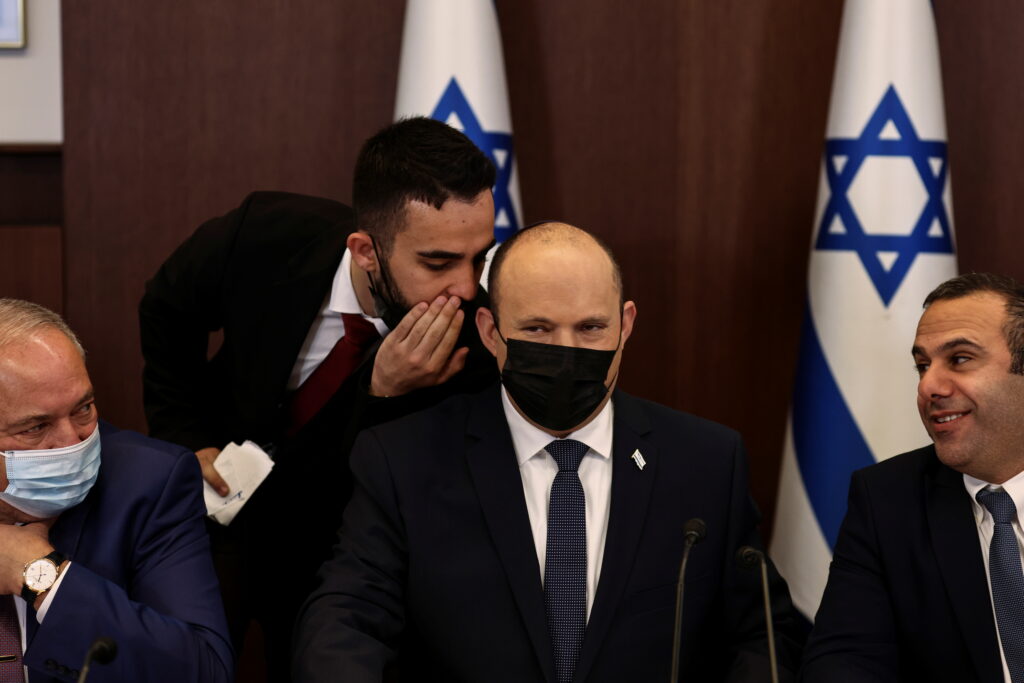 Prime Minister Naftali Bennett on Sunday urged world powers to take a hard line against Iran in negotiations to curb the country’s nuclear program, as his top defense and intelligence officials headed to Washington amid the flailing talks.

Israel has been watching with concern as world powers sit down with Iran to jump-start talks on the tattered nuclear deal. Iran last week struck its own hard line as talks resumed in Vienna, suggesting everything discussed in previous rounds of diplomacy could be renegotiated. Iran also isn’t slowing down the advances in its atomic program, further raising the stakes in the talks, which are crucial to cooling years of tensions boiling in the wider Mideast.

Talks in Vienna aimed at reimposing curbs on Iran’s nuclear program restarted last week after a more than five-month hiatus.

“I call on every country negotiating with Iran in Vienna to take a strong line and make it clear to Iran that they cannot enrich uranium and negotiate at the same time,” Bennett told a meeting of his Cabinet. “Iran must begin to pay a price for its violations.”

Israel is not a party to the negotiations but it has made a point of keeping up lines of communication with its European and American allies during the talks, which are set to resume this week.