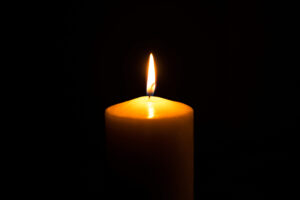 Hamodia is saddened to report the petirah of Reb Nosson Nota Yitzchak (Sandy) Hofstedter, z”l, who was niftar on Shabbos Chanukah in the late afternoon.

Mr. Hofstedter, a well-known philanthropist, arrived as holocaust survivors with his wife in Toronto, Canada, from Hungary in 1948. He went on to build a successful real estate business and showered his largess on many mosdos in Toronto, including Yeshiva Ner Yisrael of Toronto, Bais Yaakov and the local mikvah. In addition, his benevolence was felt through his contributions to many individuals and mosdos who came to his home for donations.

The levayah took place on Sunday in Machzikei Hadas in the Clanton Park area of Toronto, a shul he helped build throughout his long life in the city.

His son, Rabbi Dovid Hofstedter, is the founder and patron of Dirshu International, which has done much to spread limud haTorah in the last few decades.

The aron was flown to Eretz Yisrael with a levayah scheduled to leave on Monday from Beis Haknesses M’rom Harim in Yerushalayim at Rechov Shalom Sivan 2 in Ramot 06.