Israel Confirmed Omicron Cases in Israel Up to Seven
CoronavirusIsrael 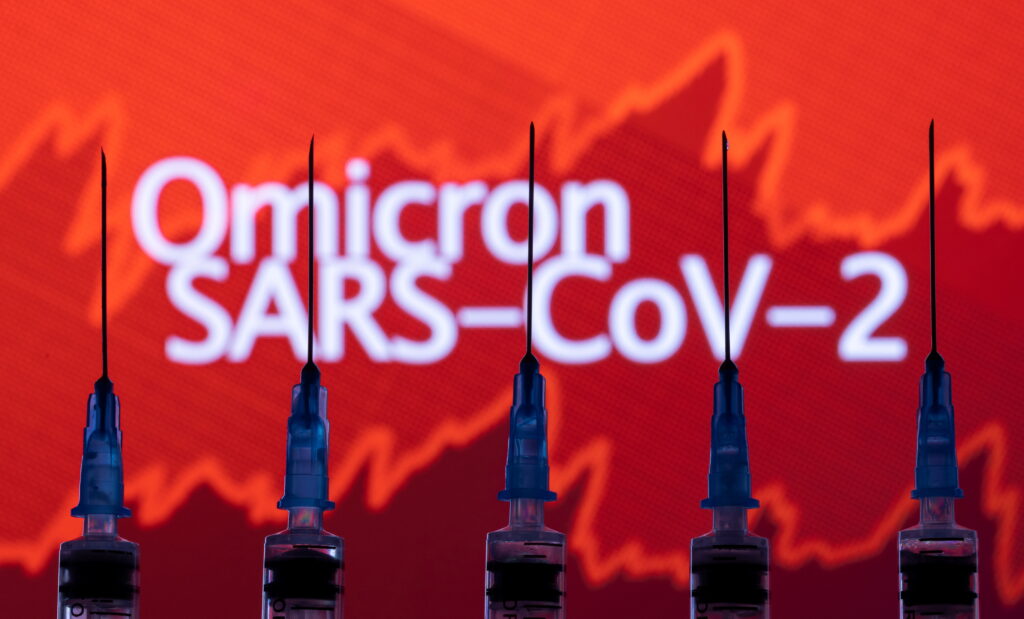 Amid concerns that 30 additional Israelis have contracted the Omicron variant of the coronavirus, the Health Ministry on Friday declared 478 newly confirmed cases over the past 24 hours, bringing the total number of active cases in Israel to 5,369.

Seven Israelis have now been confirmed to have contracted the Omicron variant, up from three cases the previous day.

Among the active cases, 122 people were in serious condition, and among those, 77 were considered in critical condition.

The reproduction rate, which refers to the number of people each confirmed carrier infects, fell to 1. Since the outset of the pandemic, 8,199 Israeli have died as a result of the virus, although in the past three days not a single person has died of COVID or COVID-related issues.

Earlier this week, lawmakers announced a package of emergency measures to contain the new strain, including travel restrictions and authorizing the Shin Bet to use phone monitoring technology for the contact tracing of people infected with Omicron.

To be extended, the tracking would have required parliamentary legislation.

But late Thursday, Prime Minister Naftali Bennett’s office said the “cellular monitoring” would expire at midnight between Thursday and Friday and not be extended.

Of the 30 suspected new Omicron cases, 11 of them were individuals who returned from abroad or had recently met with someone returning from abroad. Incidentally, the morbidity rate among those returning to Israel from trips abroad was just 0.16%.

Twelve additional cases were categorized as “low likelihood,” in other words, tests that came back with borderline results and were sent back to the lab for retesting.

Meanwhile, a preliminary study by South African scientists published Thursday suggests the Omicron variant is three times more likely to cause reinfections compared to the Delta or Beta strains.

The findings, based on data collected by the country’s health system, provided the first epidemiological evidence about Omicron’s ability to evade immunity from prior infection.

The paper was uploaded to a medical preprint server and has not yet been peer-reviewed.

There were 35,670 suspected reinfections among 2.8 million individuals with positive tests up until Nov. 27. Cases were considered reinfections if they tested positive 90 days apart.

“Recent reinfections have occurred in individuals whose primary infections occurred across all three waves, with the most having their primary infection in the Delta wave,” tweeted Juliet Pulliam, director of the South African DSI-NRF Centre of Excellence in Epidemiological Modelling and Analysis.

Pulliam cautioned that the authors did not have information about the individuals’ vaccination status and therefore could not assess to what extent Omicron evades vaccine-induced immunity. The researchers plan to study this next.

“Data are also urgently needed on disease severity associated with Omicron infection, including in individuals with a history of prior infection,” she said.