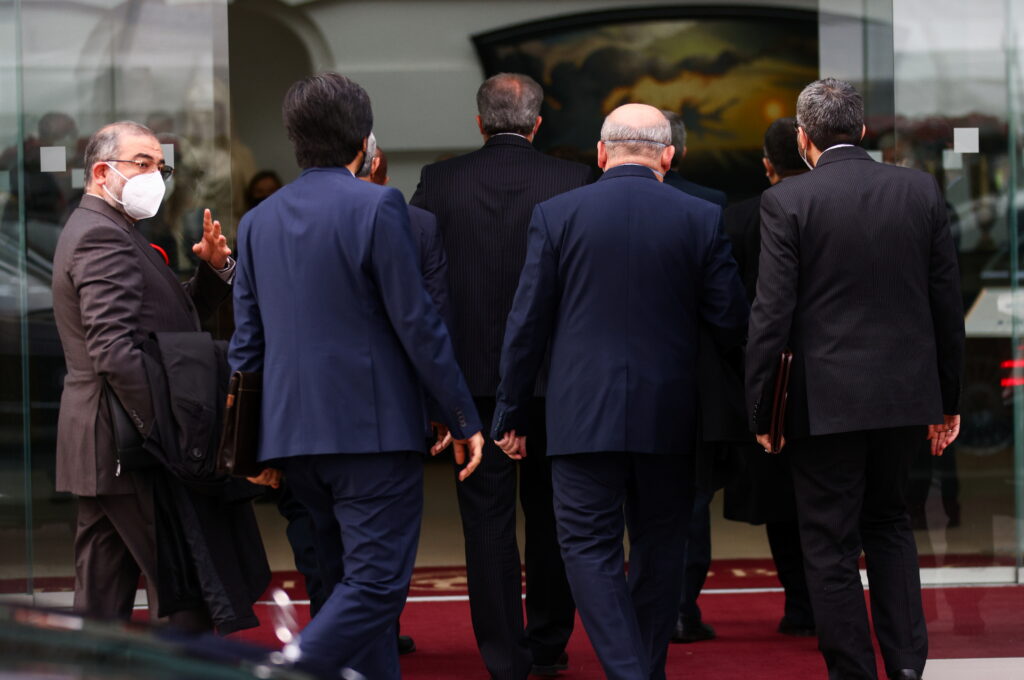 The United States and Iran both sounded pessimistic on Thursday about the chances of reviving the 2015 Iran nuclear deal, with Washington saying it had little cause for optimism and Tehran questioning the determination of U.S. and European negotiators.

“I have to tell you, recent moves, recent rhetoric, don’t give us a lot of cause for … optimism,” U.S. Secretary of State Antony Blinken told reporters in Stockholm, saying he could judge in a day or so if Iran would engage in good faith.

Blinken made the comments after Iran provided the European powers who are shuttling between U.S. and Iranian officials in Vienna with drafts on sanctions removal and nuclear commitments, as world powers and Tehran seek to reinstate the tattered pact.

“We went to Vienna with serious determination, but we are not optimistic about the will and the intention of ⁧‫the United States ⁩ and the three European parties to the deal,” Iranian foreign minister Hossein Amirabdollahian was quoted by Iranian media as saying in a conversation with his Japanese counterpart.

While Blinken said “it is not too late for Iran to reverse course and engage meaningfully,” it appeared as if both sides might be seeking to avoid the blame if the talks break down.

The comments came on the fourth day of indirect U.S.-Iran talks on bringing both nations back into the deal, under which Iran limited its nuclear program in return for relief from U.S., European Union and U.N. economic sanctions.

Talks resumed on Monday after a five-month hiatus prompted by Iran‘s election of an anti-Western hardliner as president.

Sources familiar with the matter said Iran and the remaining parties to the deal – Britain, China, France, Germany and Russia – might hold a formal meeting on Friday, a step that could mark the end of this week’s negotiations.

“The blame game has been ongoing … and is going to continue,” said Eurasia Group analyst Henry Rome, adding that even if the talks pause this week all sides have an interest in keeping the conversation going for now and there may be another round later this year or early next.

“Part of it is blame game, part of it is really wanting, at least from the Western side, to be sure to exhaust all options,” Rome said.

Keeping the talks going may also help Iran in “prolonging the period before I think there will very likely be a shift toward a more coercive Western position” and also provide some cover to advance their nuclear program, he added.

The U.N. nuclear watchdog said on Wednesday that Iran has started producing enriched uranium with advanced centrifuges at its Fordow plant dug into a mountain, further eroding the nuclear deal.

It was unclear whether Blinken had been briefed on Iran‘s latest proposals when he made his pessimistic comments.

Iran‘s chief nuclear negotiator Ali Bagheri Kani said Iran had delivered two drafts to the Europeans, one on sanctions removal and the other on nuclear limitations.

“We want all sanctions to be lifted at once,” Bagheri told reporters in Vienna, outlining a position unlikely to be warmly welcomed by the West, which has sought some kind of sequence under which Iran would return to the pact’s nuclear limits.

Under the pact, Tehran limited its uranium enrichment program, a potential pathway to nuclear weapons though Iran says it seeks only civilian atomic energy, in exchange for relief from the economic sanctions.

But in 2018, then-U.S. President Donald Trump abandoned the deal, calling it too soft on Iran, and reimposed harsh U.S. sanctions, spurring Tehran to breach nuclear limits in the pact.