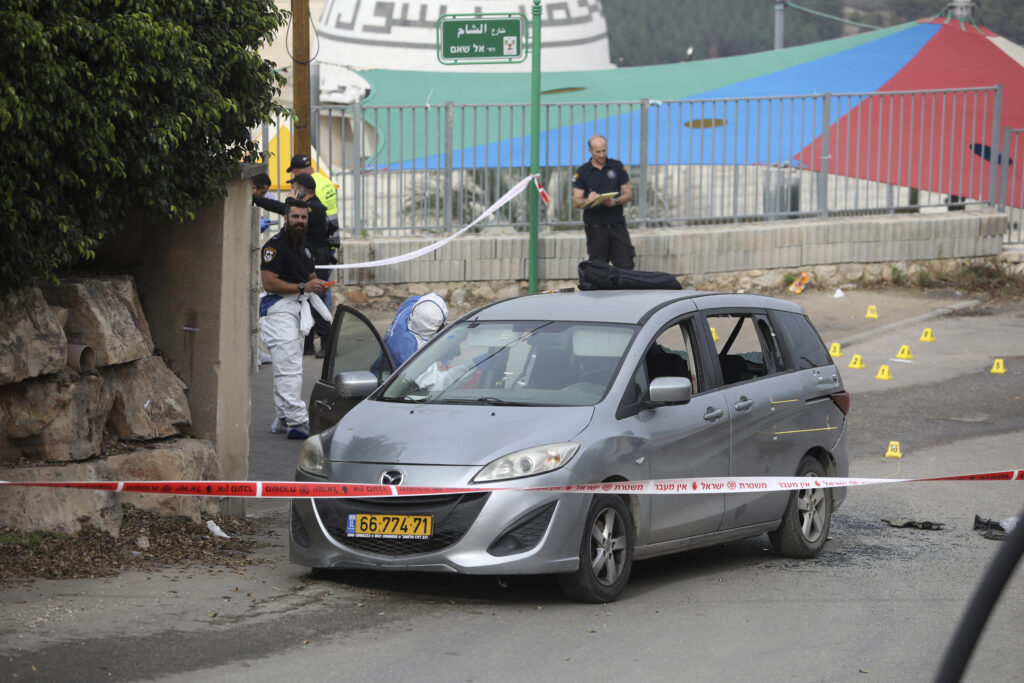 Two Border Police officers were wounded in a car-ramming in Umm al-Fahm on Friday morning, after a night of violence in the northern Arab town following the murder of a resident.

Police said in a statement that one of the officers was in a light-to-moderate condition, while the second was lightly hurt.

Officers on the scene opened fire toward the vehicle used in the attack, which had two occupants.

Medics later confirmed the death of one of the suspects, a man in his 20s. The second suspect was lightly hurt and arrested on the scene, police said.

Security officials believe there was a criminal motive behind the ramming rather than nationalist, and that it was connected to disputes between families in the town.

The suspects were known to police, and officers said they found a gun in the vehicle when they carried out a search.

Border Police were carrying out operations in the town after overnight violence following the murder of a 33-year-old man there on Thursday.

Large volleys of gunfire were reported in the town’s Aghbariya neighborhood overnight, and multiple buildings were set aflame in apparent revenge for the killing.

Police were scrambled to the scene in large numbers along with firefighting teams.

Six people were arrested in connection with the violence, police said Friday morning.

The violence erupted after resident Mohammed Hamzeh Burghel was killed in a shooting attack on a vehicle early Thursday morning, the latest killing in an unprecedented crime wave that has wracked the Arab community.

A second man was seriously injured in the attack.

The driver apparently lost control of the vehicle as a result of the shooting and crashed into an oncoming truck, though no one in the truck was injured.