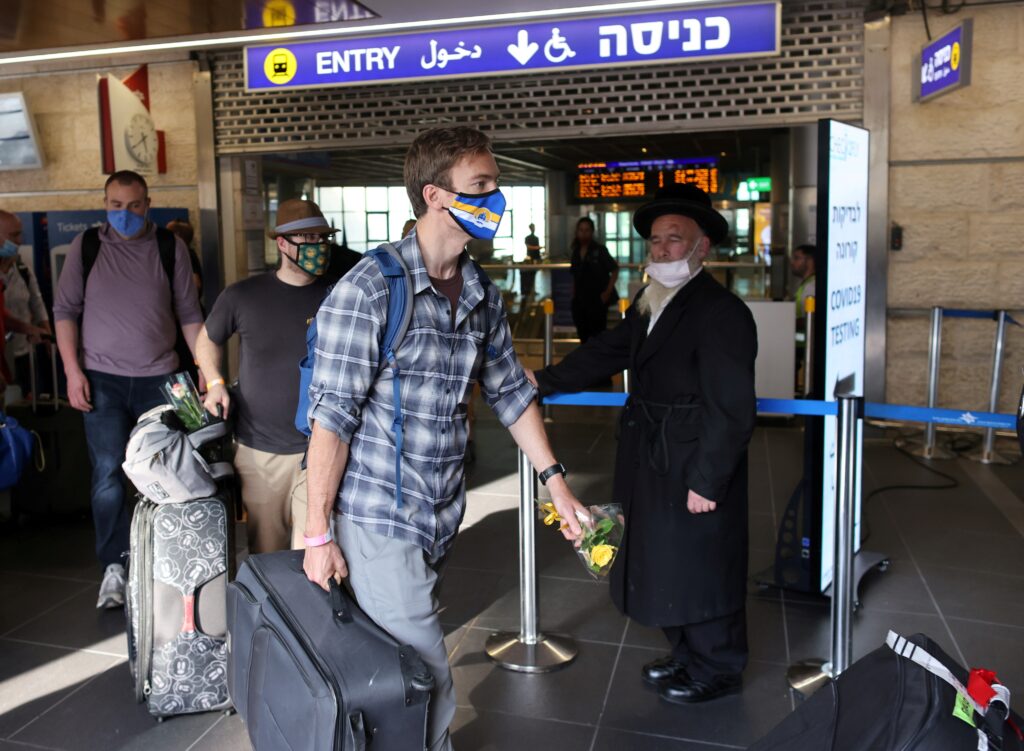 Prime Minister Naftali Bennett on Thursday appeared to back an extension of new quarantine requirements for vaccinated Israelis arriving from abroad, agreeing to push for fines of thousands of shekels levied against travelers who do not comply with the new rules.

Amid concerns over the Omicron coronavirus variant, the government this week ordered immunized Israelis coming from abroad to quarantine for at least three days and then take a second COVID-19 test, in addition to a test upon arrival. Israelis not listed as immunized must spend at least seven days in quarantine before taking a test to get out of isolation. Only those with negative results may exit quarantine.

Amid reports of uneven compliance, officials agreed Thursday to put teeth behind the rules, levying fines of NIS 2,500 ($790) to Israelis who do not get tested on the third or seventh day of quarantine, Bennett’s office said in a statement following a meeting between the premier, Health Minister Nitzan Horowitz and senior government officials.

The statement said the Health Ministry and Israel Police will “synchronize their information systems” to enable the fines to be issued “automatically,” though it was unclear how long it would take to implement the cross-check data system or whether it would survive a legal challenge.

The statement also indicated Bennett and other participants in the meeting will seek to extend the new quarantine rules, which are currently due to expire on Dec. 7.

“The decision will enter into effect in a number of weeks with the completion of the technical preparations for its implementation,” the premier’s office said.

Before the meeting, a report said Bennett and health officials would discuss easing travel restrictions, including possibly scrapping the longer quarantine rules for the vaccinated. Israel has also sealed its borders to non-nationals in a bid to prevent Omicron’s spread.

It was not immediately clear how many ministers would back the fines announced by Bennett’s office. Education Minister Yifat Shasha-Biton called earlier in the day for ending the tougher quarantine rules on the vaccinated, amid early indications that immunization protects against the highly-mutated variant.