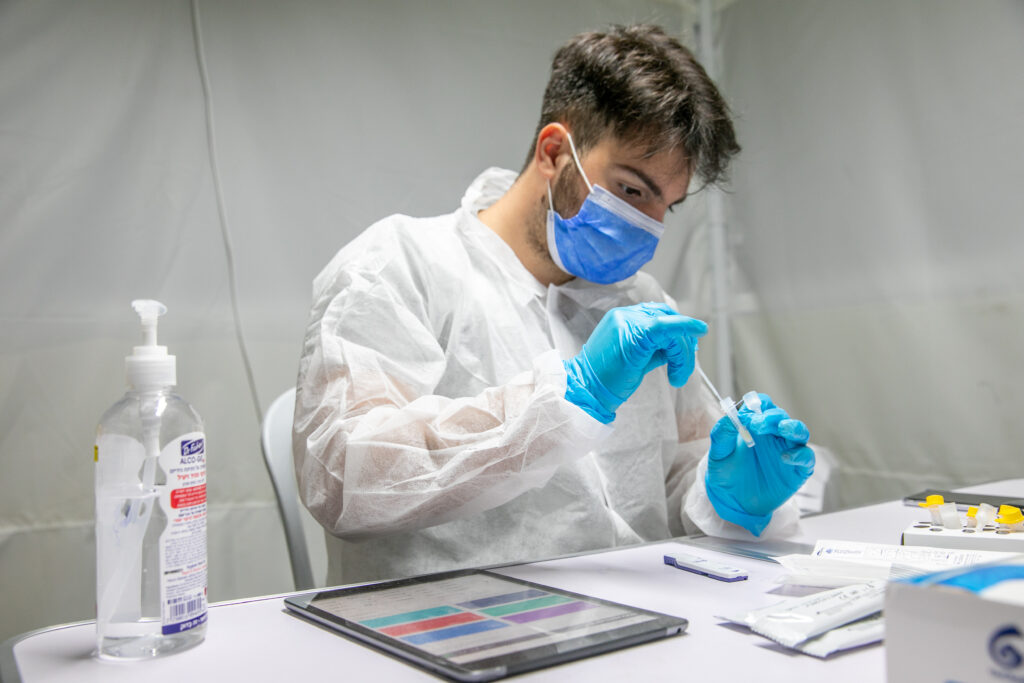 The other two confirmed cases were a foreign worker from Malawai and an Israel woman from central Israel who had recently returned from South Africa.

According to the ministry, the patient is Prof. Elad Maor — a cardiologist from Sheba Medical Center who had returned from London after attending a medical conference.

Maor has been vaccinated with three doses of Pfizer’s coronavirus vaccine.

Dr. Dan Elian, a colleague of his, is also suspected of becoming infected after he came into contact with him upon his return. The 69-year-old doctor had also received three coronavirus shots and said he was feeling well.

Maor, a father of three, arrived in London on November 19 and returned to Israel four days later. He began to exhibit symptoms within a few days and was found positive for COVID on the 27th, while suffering from fever, muscle pain, and sore throat.

Maor underwent a PCR test on November 20, on his second day in the U.K., the day that followed and upon arriving in Israel all three came back negative.

“It’s interesting because this happened ten days ago in London, and the only scenario that makes sense is that I got infected on the last day of the conference, or maybe at the airport,” he said. His wife and children have not been infected so far.

Maor also said that the conference organizers took precautions to request proof of vaccines from participants but many who attended the event did not wear masks. He noted that the same was true with passengers on the London underground.

The Health Ministry said it was investigating at least 30 other cases of possible exposure to Omicron and their test samples have not yet completed the genomic sequencing process.

At least 24 of those now being investigated were not fully vaccinated or had recovered from COVID-19 more than six months ago.

The remaining six had received three doses of the vaccine.