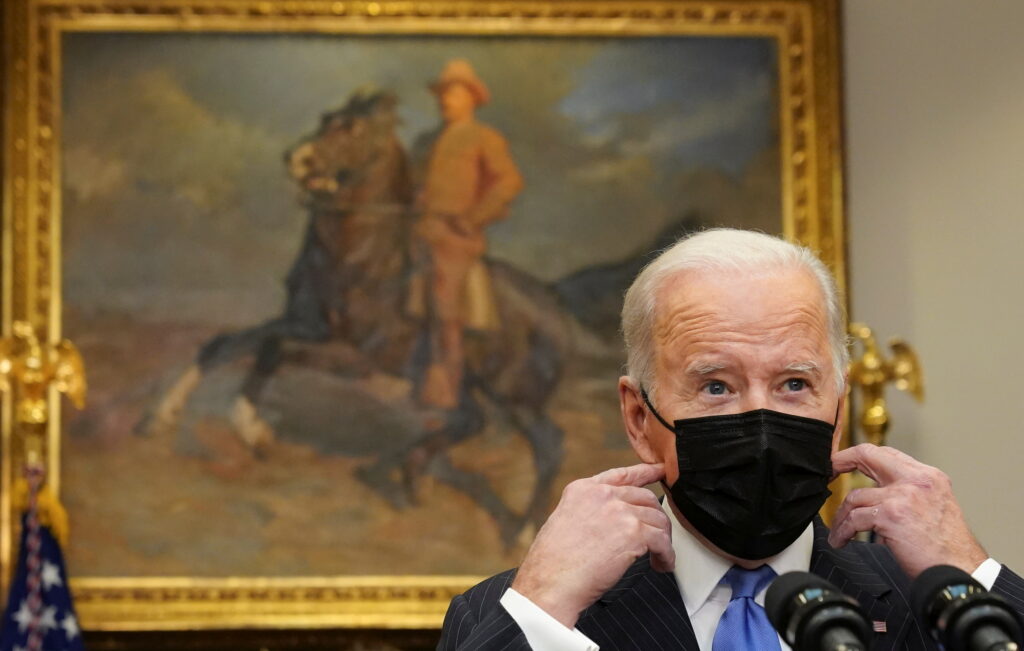 President Joe Biden’s administration will extend requirements for travelers to wear masks on airplanes, trains and buses and at airports and train stations through mid-March, sources briefed on the matter told Reuters, amid concerns about a new COVID-19 variant.

A formal announcement extending the requirements through March 18 is expected on Thursday, the sources said. The White House and the Transportation Security Administration (TSA) declined to comment. The TSA in August extended the transportation mask order through Jan. 18.

Biden plans to discuss the U.S. strategy for fighting COVID-19 this winter on Thursday and the transit mask extension is expected to be part of his remarks.

The White House also plans to announce stricter testing rules for international visitors. The U.S. Centers for Disease Control and Prevention (CDC) confirmed late on Tuesday it is working to impose stricter COVID-19 testing rules for air travelers entering the United States amid concerns about the Omicron variant.

The first known U.S. case of the Omicron variant was confirmed on Wednesday – a fully vaccinated person in California who returned to the United States from South Africa on Nov. 22 and tested positive seven days later.

On Monday, the United States barred most foreign nationals who have been in eight southern African countries. The CDC told airlines late on Tuesday it would require them to turn over passenger contact information for all travelers who have been in those countries – and will forward that to state and public health agencies.

The current CDC order, which has been in place since soon after Biden took office in January, requires masks to be worn by all travelers on airplanes, ships, trains, subways, buses, taxis and ride-shares and at transportation hubs such as airports, bus or ferry terminals, train and subway stations, and seaports.

His predecessor, Donald Trump, rejected requests from U.S. public health agencies to impose the requirements in transit – even though airlines and some other transportation modes had required masks.

The mask requirements have been the source of friction, especially aboard U.S. airlines, where some travelers have refused to wear masks.

The Federal Aviation Administration, which has instituted a “zero tolerance” enforcement effort on unruly passengers, said on Tuesday that since Jan. 1, it had received reports from airlines of 3,923 passengers refusing to wear masks.

In some U.S. states, transportation hubs are among the only places where masks are still required.

The White House has been debating a number of changes to strengthen international testing.

Currently, vaccinated international air travelers can present a negative test result obtained within three days from their point of departure. Nearly all foreign nationals must be vaccinated to enter the United States. Unvaccinated travelers currently must get a negative COVID-19 test within one day of arrival.

The CDC plans to announce a new one-day testing requirement that would apply equally to U.S. citizens as well as foreign nationals and could take effect as early as next week.