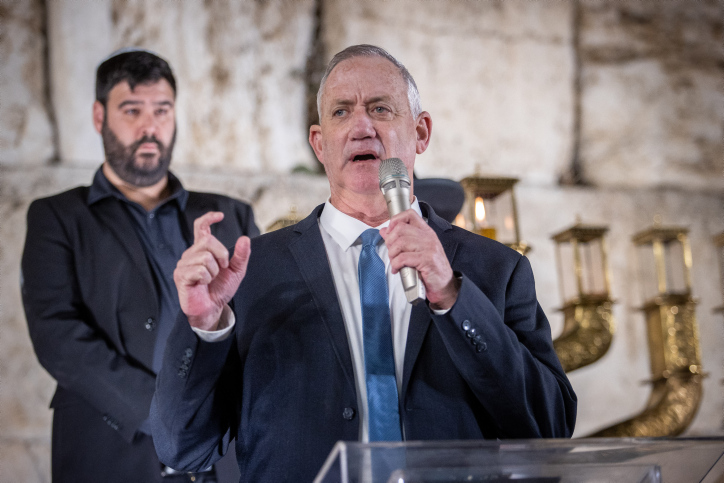 While Israeli leaders have been warning that Israel will take action against the Iranian nuclear program if negotiations in Vienna fail, it was reported on Thursday that the IDF has yet to prepare operative plans for a military strike.

The report on Walla news, which did not cite sources, claimed that even though the IDF has been drawing up plans and allocating resources, actual training for such a mission has not yet begun, and will take several months to complete.

Only then could the military furnish Israel’s civilian leaders a viable military option, the report says.

Meanwhile, Defense Minister Benny Gantz said Thursday that Israel has to do “everything it can” to block Iran from acquiring a nuclear weapon…“there may be a point when we will have no choice but to act,” he was quoted as saying by Ynet.

“We need to prepare ourselves for any possibility in order to defend the State of Israel. We are developing capabilities and we need to continue to strengthen them,” Gantz said.

Gantz is scheduled to fly to Washington in the coming days to discuss the Iran issue with senior American officials.

“Israel’s diplomats have been working around the clock to influence the United States, England, and France on the talks, but the defense establishment has had a more pessimistic outlook,” according to The Times of Israel on Thursday.

On Wednesday the UN atomic watchdog said that Iran has started producing enriched uranium with more efficient and advanced centrifuges at its Fordow nuclear plant. Though Tehran downplayed the report, IAEA Director General Rafael Grossi said that it was a clear concern.

While Gantz refused to say what would be a red-line for Israel, “there will be a point in time when the region and the State of Israel will have no choice but to act,” he said.

According to Gantz, a good deal would see Iran kept far from researching, developing, and accumulating enrichment material as well as stopping the Islamic Republic’s hostile activity in the region and their support for terrorism.

But, he stressed, should a deal not be reached, a military option needs to be on the table.

“The military option must always be on the table. It is, of course, the last thing we want to use but we do not have the right to not prepare that option for ourselves,” Gantz said, adding that while he believes that the United States will back up Israel should it attack Iran, “the State of Israel is not obligated to coordinate its defense with anyone.”

Though the defense establishment does not see a war breaking out with Iran or its proxies such as Hezbollah in Syria breaking out, Israel’s military has increased its training and set aside NIS 5 billion to concentrate on preparing for conflict with Iran.

Meanwhile the commander of Iran’s Revolutionary Guards Quds’ Force Esmail Ghaani warned that the United States that its “teeth will be crushed in its mouth” if Washington makes the slightest move against Tehran.

“This nation’s power and capacity … has reached such a level that if you (U.S.) make the slightest move, your teeth will be crushed in your mouth,” Ghaani was quoted by Iranian media as saying, adding that “the time when you did whatever you wished, and no one could say anything is over. The time of hit and run is over. Now if you hit you will be hit back all the way to the end.”

Though Gantz said that Israel is not alone in its concerns regarding Iran, “we should always prepare ourselves for the option that we may be alone, and that is what we are doing.”