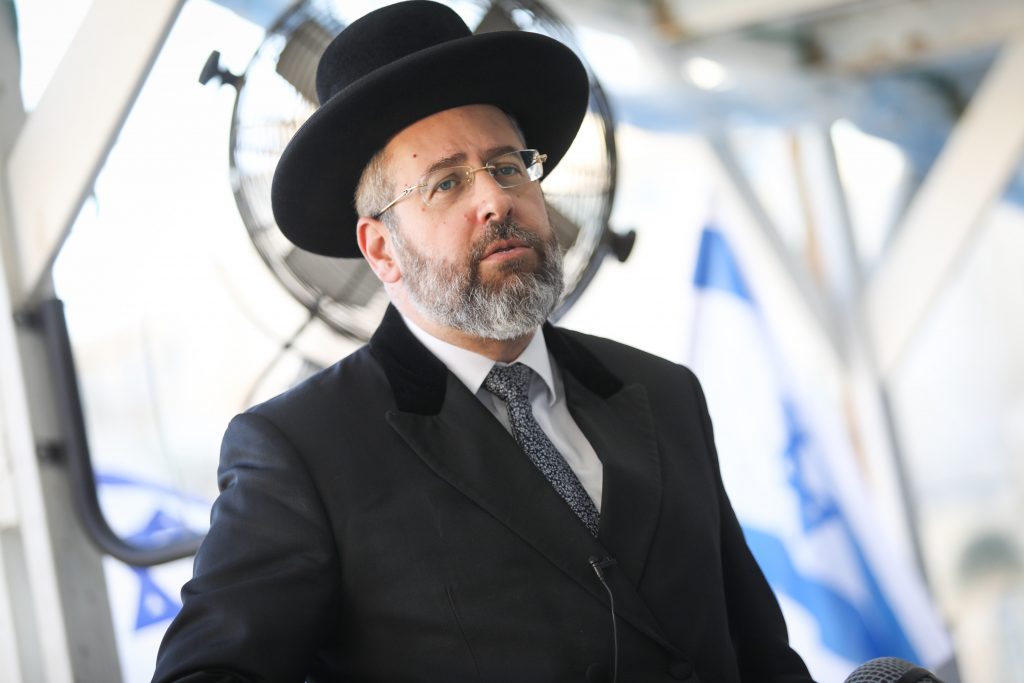 In a statement issued Thursday, he made it clear that he would fight him in any way he could, and called on the Rabbanim to work together to prevent the reforms from being implemented. “The details of the proposed reforms include extensive destruction and severe damage to the State conversion system. The implementation of the reforms will be a spiritual disaster and cause severe damage to the Yiddishkeit of the State of Israel,” the Chief Rabbi said.

“The current State conversion system operates with dedication and enlightenment and the conversion judges do sacred work, and therefore the proposals to establish new and enlightened conversion units are aimed only at breaking the halachah.”

According to Rav Lau, the proposal “empties the powers of the Chief Rabbinate of Israel and its authority regarding giyur, and it will cause a lack of recognition of the conversion system by Israeli Rabbis in Israel and around the world.

“We will fight vigorously against this dangerous initiative by all means and call on everyone who can to stop the reforms and prevent their implementation,” read a statement issued by Rav Lau.