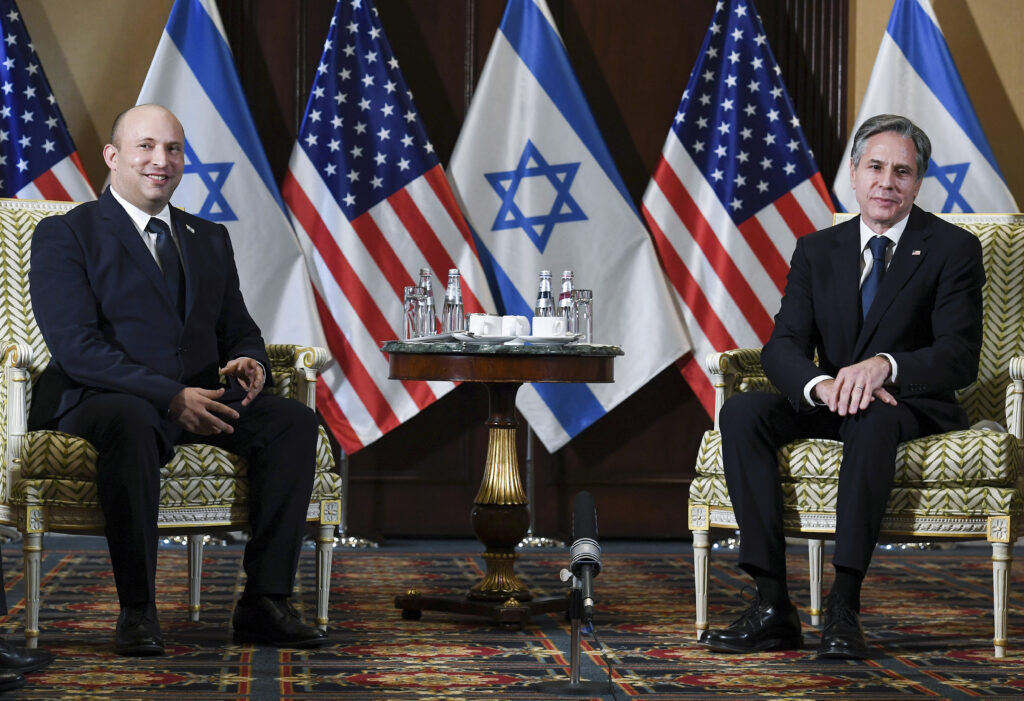 The conversation focused mainly on the Iranian nuclear program. Secretary of State Blinken updated Prime Minister Bennett on what was happening in the talks in Vienna between Iran and the world powers.

Bennett referred to the International Atomic Energy Agency (IAEA) report that was issued during the talks, according to which Iran has started the process of enriching uranium to the level of 20% purity with advanced centrifuges at its Fordow underground facility. The Prime Minister added that Iran was carrying out “nuclear blackmail” as a negotiation tactic and that this must be met with an immediate cessation of negotiations and by concrete steps taken by the major powers.

The two also discussed dealing with the Omicron variant, restocking the Iron Dome and the construction at Atarot.