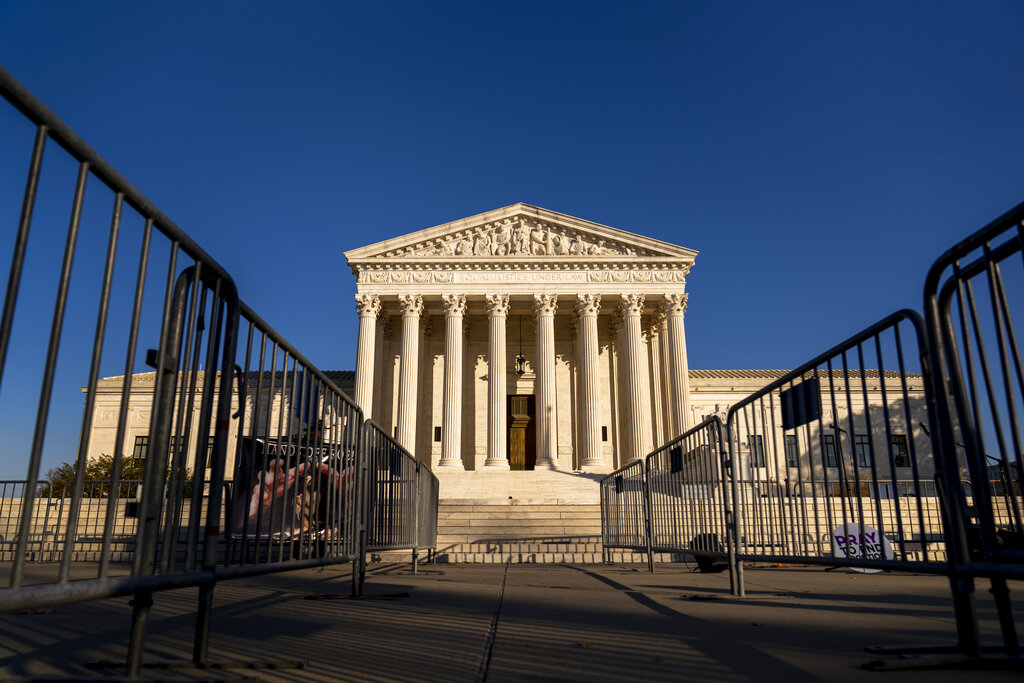 The U.S. Supreme Court on heard oral arguments Wednesday in a case that could result in a landmark ruling, potentially overturning Roe v. Wade and another decision that buttressed its position. Before the court was the constitutionality of a Mississippi law that forbids procedures which end the lives of unborn children after 15 weeks of pregnancy.

It has been decades since the high court revisited the issue. With a majority of conservative judges on the bench for the first time in some 75 years, the case is charged politically with many on the right arguing that the moment has come to overrule what they see as decisions that are both immoral and unrooted in the Constitution and with many on the left threatening to alter the structure of the Supreme Court should the ruling upend precedent on the matter.

Attorneys for both sides inserted passionate arguments in opening remarks and in responses to the Justices’ questions.

Opposing the state’s law was an organization arguing on behalf of a Mississippi clinic and the Biden administration’s Solicitor General, Elizabeth Prelogar. Julie Rickelman, who represented the clinic said that upholding the state’s law or overturning present on the matter cause ‘profound damage to women’s liberty, equality and the rule of law.”

In Roe, decided in 1973 and another case, Casey decided in 1992, majorities on the Supreme Court held that a Constitutional right existed to provide procedures that end the lives of unborn children, using around 24 weeks of pregnancy as the cut off as to where states could choose to restrict the practice.

Mississippi’s law pushes that line back. However, its legal arguments do not only ask Justices to uphold their law, but to overturn Roe and Casey undoing precedent labeling access to the procedures is a fundamental right.

Justice Clarence Thomas, who has criticized Roe in the past, repeatedly asked opponents of the law to define what Constitutional protection they believe covers a right to the procedures.

Conservative leaning Justice Brett Kavanagh suggested that overturning Roe would allow the court to “return to the position of neutrality” and leave the issue to state and federal government thereby giving voters a voice in the matter.

Liberal leaning Justices suggested at several points that, should the court depart from long established precedent, it would further public characterizations of the institution as a political entity.

“Will this institution survive the stench that this creates in the public perception that the Constitution and its reading are just political acts?” said Justice Sonia Sotomayor.

Justice Elena Kagan said that allowing rulings to “go back and forth depending on changes to the court’s membership” would harm jurisprudence.

Justice Sotomayor in her questioning also made several arguments presenting access to the procedures as a question of fairness and equity.

Conservative leaning Chief Justice John Roberts and Justice Neil Gorsuch seemed to search out a middle path, largely focusing on where the line of where states can restrict the procedures should be drawn. Both suggested that Mississippi’s law was just as fair of a cutoff point as those established in prior cases.

Their line of thinking suggested a search for a way that to uphold the state’s law, without undoing Roe outright.

The decision could play a significant role in 2022 elections and beyond, depending on the outcome. Should the court overturn Roe, it is likely that Democratic states will seek ways to more deeply ensconce protections for the procedures and some on the left have already repeated threats to allow the President to add additional justices to the nine member court, shifting it to a balance that they believe would favor their positions.

The court’s decision is expected in June.