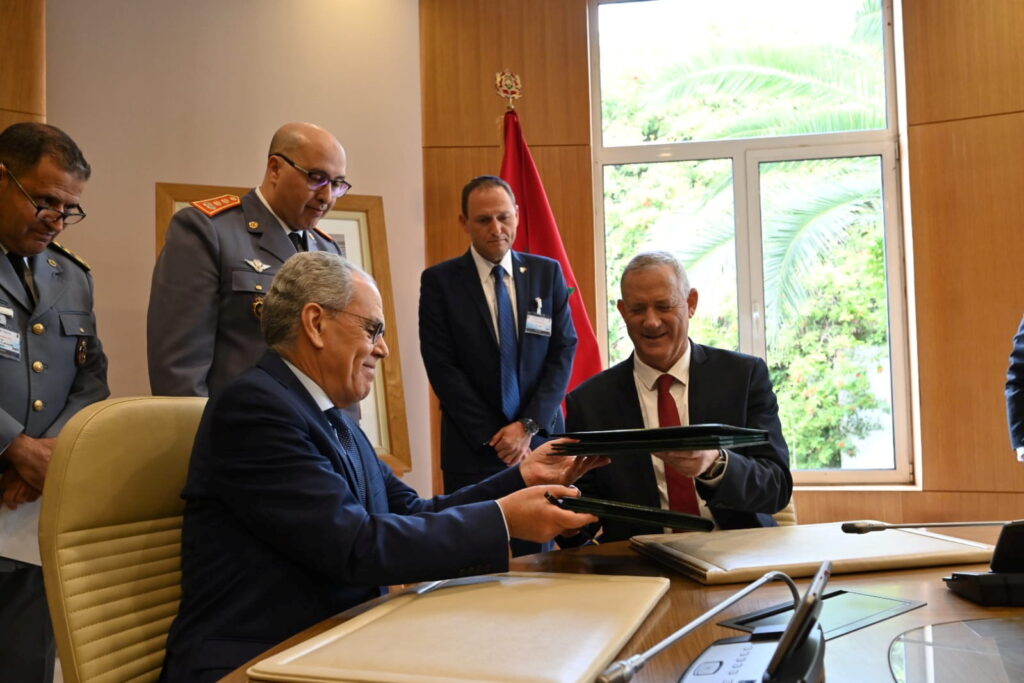 Moroccan media reported that the country is planning to manufacture drones using Israeli technology, according to The Media Line.

Sources in Morocco told the Defense News weekly last month that Israel intends to sell Morocco drones as part of normalization between the two countries. In September, the Africa Intelligence website reported that a joint venture of kamikaze drone manufacturing in Morocco was being planned.

According to Africa Intelligence, the interest in the drones is the result of an “aggressive sales pitch” by IAI.

The Harop drone is an 8-foot long, unmanned “suicide” aircraft, used by Israel, India and Azerbaijan. The drone carries 44 pounds of explosives and reportedly stays flying for up to seven hours.

The drone locks onto a target, dives, and explodes on it, earning the name of the kamikaze drone.

The memo reportedly “lays the foundation for security cooperation, intelligence sharing, and future arms sales” between the two states, according to The Washington Post.

Morocco is also reportedly interested in Israel’s Iron Dome to “better ensure defense of the sand wall in the Sahara, but also of civil and military zones of a sensitive nature.”