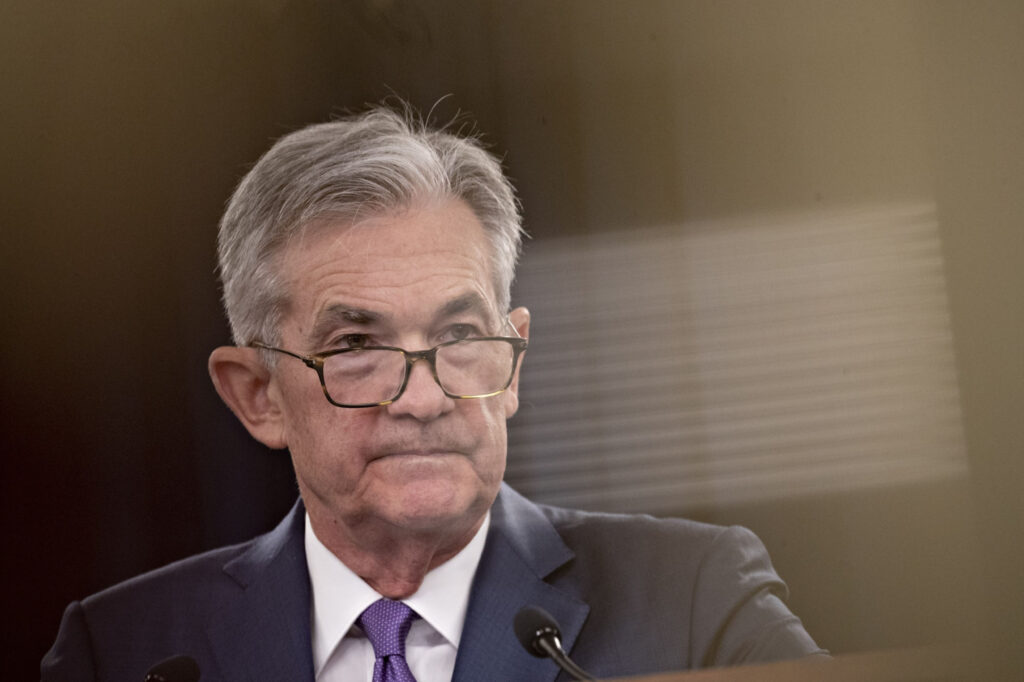 Federal Reserve Chair Jerome Powell reinforced his message that the U.S. central bank would keep inflation in check and said for the second time in two days that officials should consider speeding up how quickly they withdraw policy support.

Powell echoed remarks he made on Tuesday to the Senate Banking Committee that it would be “appropriate” to discuss whether the central bank should wind up its asset purchases at a faster pace given heightened inflation risks.

“If you look at the state of the economy, look at where we are, look at the most recent run of data, you can see that the highly accommodative policy that we have even after the taper is done, it’s really appropriate that we taper,” Powell said. “As I mentioned yesterday, it’s appropriate that we consider at the next meeting tapering faster so that it wraps up a few months earlier.”

He also told the Senate that he wanted to retire the word “transitory” to describe price increases, and indeed in his written remarks, which were repeated to the House panel Wednesday, he said inflation pressures will “linger well into next year.”

Powell, selected last week for a second four year term as chair, was testifying this week alongside Treasury Secretary Janet Yellen as part of Congress’s oversight of pandemic aid.

Stocks rallied during the course of Wednesday morning, reversing some of the losses suffered when news broke Friday of a new strain of COVID-19. Treasury yields were higher.

The U.S. central bank is currently scheduled to complete its asset-purchase program in mid-2022 under a plan announced at the start of November to slow buying by $15 billion a month. The next gathering of the policy-setting Federal Open Market Committee is Dec. 14-15, when they could make a decision to accelerate the tapering.

Powell said the taper had not been a disruptive event so far in financial markets and he didn’t expect it would become one because the Fed has “telegraphed it.”

“The inflation that we’re seeing is still clearly related to pandemic-related factors,” Powell also said. “I would also add, though, that it has spread more broadly in the economy and I think that the risk of persistent higher inflation has clearly risen.”

U.S. central bankers are trying to decide how to manage the highest annual inflation rates in three decades against a labor market that hasn’t fully healed from the massive unemployment caused by COVID-19 last year.

The Black unemployment rate stood at 7.9% in October, compared with a national rate of 4.6%. Labor force participation for women in their prime working years stands at 75.4% versus 76.9% at the end of 2019.

Economic growth has looked on track for a strong rebound after slowing in the third quarter due to headwinds from the delta variant, though news last week about the discovery in South Africa of the new omicron strain has caused fresh uncertainty.

“Price stability is one of our two goals, the other being maximum employment,” Powell said. “We have to balance those two goals when they’re in tension as they are right now. I assure you we will use our tools to make sure this high inflation we’re experiencing does not become entrenched.”