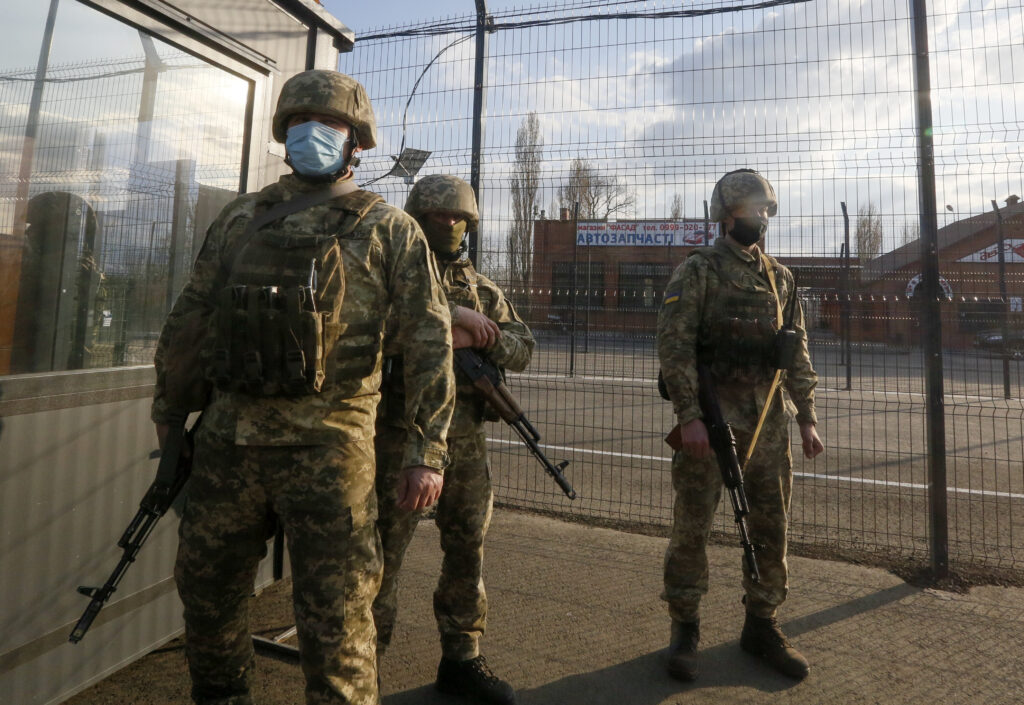 NATO Secretary General Jens Stoltenberg warned Tuesday that the U.S.-led military organization must prepare for the worst as concern mounts that Russia could be preparing to invade Ukraine.

NATO is worried about a Russian buildup of heavy equipment and troops near Ukraine’s northern border, not far from Belarus. Ukraine says Moscow kept about 90,000 troops in the area following massive war games in western Russia earlier this year, and could easily mobilize them.

Ukrainian President Volodymyr Zelenskyy said last week that his country’s intelligence service had uncovered plans for a Russia-backed coup d’état. Russia denied the allegation and rejected the assertion that it is planning to invade Ukraine.

“You can discuss whether the likelihood for an incursion is 20% or 80%, it doesn’t matter. We need to be prepared for the worst,” Stoltenberg told reporters in Riga, Latvia, after chairing talks among NATO foreign ministers focused on the threat posed by Russia.

“There is no certainty, no clarity about exactly what are the Russian intentions, and they may actually evolve and change,” the NATO chief continued. Referring to Russia’s seizure in 2014 of Ukraine’s Crimean Peninsula, Stoltenberg added: “They’ve done it before.”

Asked about the decision to activate NATO’s crisis response planning system, which helps analyze potential crises and prepare a response to them, he said: “Allies agree that we need to have the plans in place to be sure that we are always able to protect all allies against any potential threat.”

The United States has shared intelligence with European allies warning of a possible invasion. European diplomats acknowledge the Russian troop movements, but some countries have played down the threat of any imminent invasion ordered by Moscow.

“We are very concerned about the movements we’ve seen along Ukraine’s border. We know that Russia often combines those efforts with internal efforts to destabilize a country. That’s part of the playbook, and we’re looking at it very closely,” U.S. Secretary of State Antony Blinken said.

“Any renewed aggression would trigger serious consequences,” Blinken warned.
German Foreign Minister Heiko Maas also said “Russia would have to pay a high price for any form of aggression.”

Maas said “honest and sustainable de-escalation steps, which can only go via the route of talks, are all the more important now.”

Russia annexed Crimea in 2014 after Ukraine’s Moscow-friendly president was driven from power by mass protests. Weeks later, Russia threw its weight behind a separatist insurgency that broke out in Ukraine’s east.

Ukraine and the West have accused Russia of sending troops and weapons to back the rebels. Moscow denies that, saying that Russians who joined the separatists were volunteers. More than 14,000 people have died in more than seven years of fighting, which also has devastated Ukraine’s eastern industrial heartland, known as Donbas.

A 2015 peace agreement brokered by France and Germany helped end large-scale battles, but efforts to reach a political settlement have failed and sporadic skirmishes have continued along the tense line of contact. Russia has refused recent overtures for talks with France and Germany.

Whatever Russia’s intentions, NATO would not be able to provide Ukraine with any substantial military support in time to make a difference against Russian forces, so economic measures like Western sanctions are more likely to be used to inflict a financial cost on Moscow.