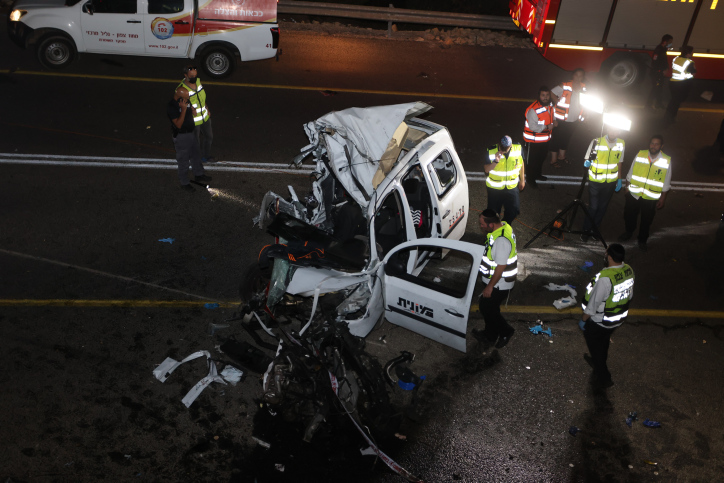 The Economic Affairs Committee, chaired by MK Michael Biton (Blue and White), held an emergency meeting on Monday to discuss the issue of road accidents.

“We will apparently not find a true leader for road safety in Israel, nor will we find a budget for it,” MK Biton said as he opened the discussion. “Is this our destiny? Or the nature of the world? The government said it would reduce the number of people killed in road accidents by half, but they have been forgotten. We want to know who is responsible. The National Road Safety Authority is dying; it is fading, from a budget of hundreds of millions to only a few million. As though there are no more fatalities.” Turning to the head of the National Road Safety Authority, Committee Chair MK Michael Biton said, “We are in the midst of a catastrophe and destruction. You have no mother or father. You’ve been orphaned.”

Avner Flor, Senior Deputy Director General for Traffic at the Ministry of Transport and Road Safety, said he was coordinating the road safety issue on behalf of the ministry’s director general, “but the issue is not under my responsibility.” Flor did not say who was in charge of the issue at the ministry. In response, MK Biton said, “There are seven deputy director generals in the Ministry of Transport, but not one of them is in charge of this issue!”

MK Boaz Toporovsky (Yesh Atid) noted that the Sheinin Committee recommended in 2006 that the National Road Safety Authority be placed in charge of the issue with a budget of at least NIS 540 million. It also recommended that the owners of heavy vehicles be required to install digital tachographs in them, and that a committee of director generals and a committee of ministers be formed. “To date, none of this has been done. No committees, and no one in charge of this issue in the Ministry of Transport. I get them budgets like a schnorrer,” said MK Toporovsky. “The Ministry of Transport need a lot of things from this committee. Until we receive a budget for this issue, we will not transfer anything to [the ministry]. Hardly any of the [Sheinin Committee’s] recommendations are being implemented, and this means that we have to teach them a lesson.” MK Toporovsky further noted that road traffic casualties cost the state about NIS 17 million annually.

MK Mossi Raz (Meretz) said that perhaps one of the current government ministers should be put in charge of road safety. “The media covers every terror-related fatality extensively, but those killed in road accidents have no name,” he said, while noting that a large number of those killed in road accidents are pedestrians. “People have to be encouraged to use public transportation. The odds of getting hurt while using public transportation are close to zero compared with [the likelihood of getting hurt] in a private vehicle,” MK Raz stated. Autonomous vehicles, he said, may dramatically reduce the number of fatal traffic accidents.

MK Rabbi Yaakov Asher (United Torah Judaism) said, “As long as there is no body that operates professionally, there will be no progress. A month ago I lost a good friend who was killed when a scooter struck him. I hope that the Knesset Plenum will approve my bill on the issue.”

Committee Chairman MK Biton called on the Ministry of Transport to place one of its senior officials in charge of road safety. The committee, he said, demands the formation of an inter-ministerial committee for coordinating the work of the various government ministries on this issue. ​