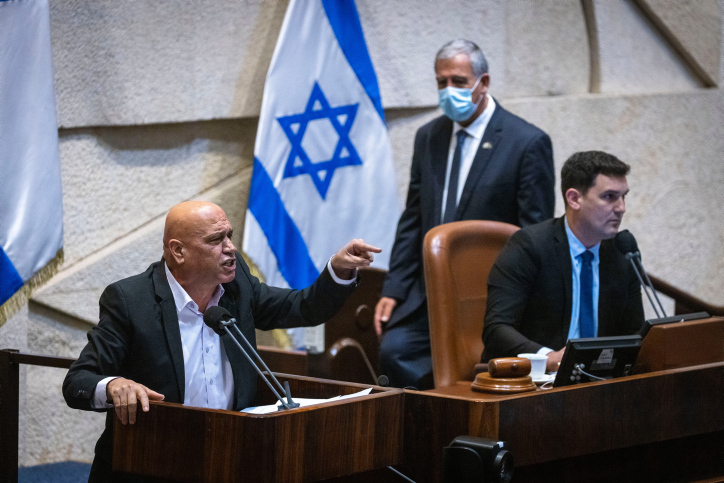 A Labor party MK proposed a solution for relieving pressure on Ben Gurion Airport and pressure from the Biden administration not to build Israeli housing in Yehudah and Shomron:

Scrap the plan for a major chareidi neighborhood on the old Atarot airport site and build a joint Israeli-Palestinian airport there instead.

“Ben Gurion Airport is already functioning at close to maximum capacity. We need a secondary airport, and the strategic infrastructure already exists in Atarot for such a project. It would also provide a solution for those who live in Yerushalayim and the environs, and especially for Palestinians who currently go through torments every time they travel abroad.”

Frej added: “From a solely economic perspective, and judging by other, similar projects in other parts of the world, this makes a lot of sense — an airport in Atarot would bring in a sizeable revenue for the government. London City Airport, for instance, is much smaller than what we would build in Atarot, and it brings in half a million pounds annually. All the preconditions exist,” he said, and he’s already talking to the relevant officials about it.

Asked whether it was realistic to expect Israel and the PA collaborate on such a project when they haven’t even been able to meet to discuss a peace agreement for years, Frej responded:

“You’re coming with a preconceived notion that cooperating with the Palestinian Authority never works, because it never has done in the past. But I’m talking about an airport that will be good for both parties, a project that is of mutual benefit…Can you believe that as things currently stand, if a Palestinian from Ramallah wants to fly to Paris, it takes an entire day?”

As for the acute housing shortage in the chareidi community, Frej had no solution to offer.