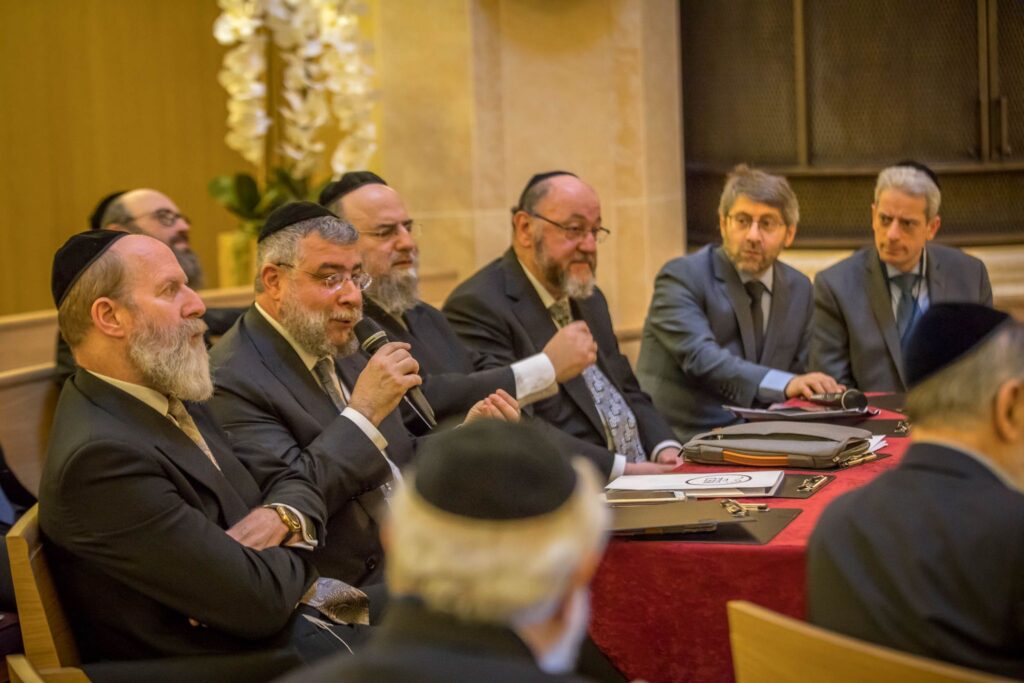 The Knesset plenum has approved the amendment of the Rabbinical Courts (Marriage and Divorce) Judiciary Law, which will authorize Dayanim to hear divorce claims, even for those who are not Israeli citizens or residents.

The amendment to the law was first passed as a temporary provision in 2018 for three years, and authorized the Rabbinical Courts in Israel to hear the divorce claim of non-citizens and residents of Israel, in cases where the marriage was conducted according to halachah and the woman did not receive a divorce outside Israel.

Now the issue has been regulated by law on a regular basis and not as a limited time provision. The law was supported by seven MKs and without opponents.

The explanatory memorandum reads: “Since its enactment, the Temporary Order has resulted in the release of dozens of Jewish women from the Diaspora from their status as agunos.”

The initiator of the law, Rabbi Pinchas Goldschmidt, president of the Conference of European Rabbis and Rabbi of Moscow, expressed his appreciation, saying, “Today brings good tidings for dozens of agunos around the world who until now have not been able to force their husbands to litigate before a court in Israel, or alternately to uphold the rulings of the courts abroad. There is a special symbolic significance in the fact that this event takes place on Chanukah, and brings light and hope to the lives of the agunos in the Diaspora.

“There is great joy in the fact that all the parties represented in the Knesset, from the chareidi United Torah Judaism party to the leftist secular Meretz party, supported this important law.  Today, the people of Zion have shown their unity with Diaspora Jewry.

“The acute significance of the new law lies in the fact that from the point of view of civil law in the Diaspora, it is enough for a husband to provide his wife a civil divorce to be considered to be divorced, even if the couple was married according to halachah. As a result, hundreds of recalcitrant husbands, who went on to have new families, kept their wives unable to get remarried. This extraordinary law gives Israeli Rabbinical Courts the jurisdiction to impose sanctions against such husbands, even though they are neither citizens nor residents.”