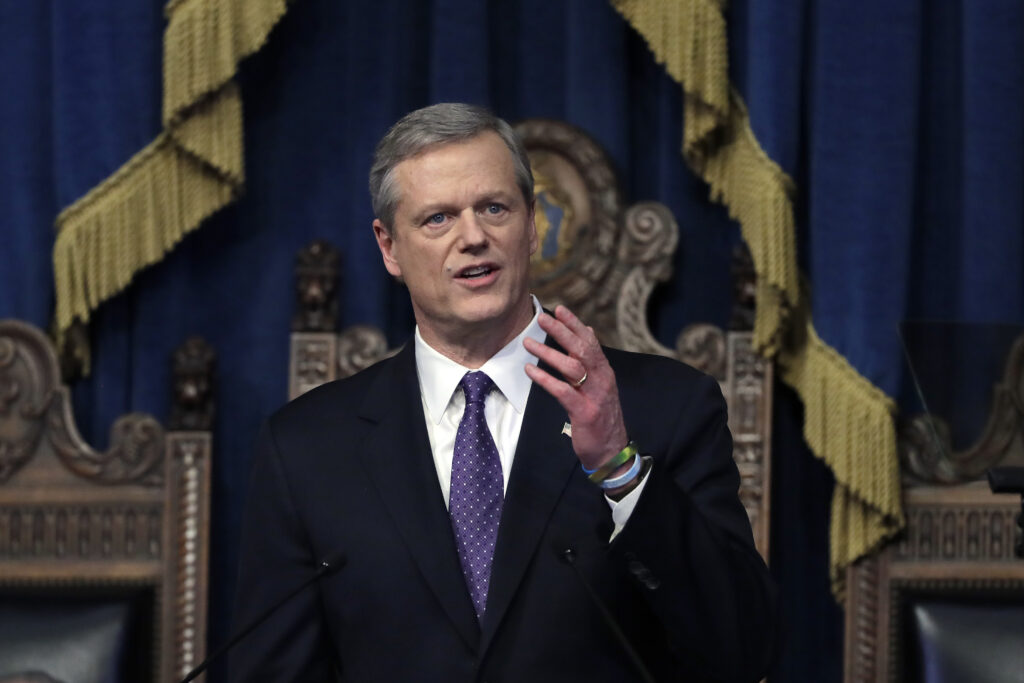 Republican Gov. Charlie Baker announced Wednesday he won’t seek a third term as governor of Massachusetts, where his party is bitterly split between supporters and foes of former President Donald Trump.

“This was an extremely difficult decision for us,” Baker and Lt. Gov. Karyn Polito said in an email to state employees. “Serving as Governor and Lieutenant Governor of Massachusetts has been the most challenging and fulfilling jobs we’ve ever had. We will forever be grateful to the people of this state for giving us this great honor.”

Baker’s decision comes near the end of a second grueling year in which his singular focus has been trying to cope with a once-in-a-century health and economic crisis in the COVID-19 pandemic.

Baker has long been among the nation’s most popular chief executives. His decision means there will be an open race for governor next year, and could encourage more candidates to jump in.

Another possible Democratic contender — Attorney General Maura Healey — has yet to say if she will run for the top political office.

Geoff Diehl, a former Republican state representative, has already announced his candidacy. Diehl remains popular with the conservative base of the state GOP and has been endorsed by Trump.

Baker, who served in the administrations of former fellow Republican Govs. William Weld and Paul Cellucci, first ran for governor in 2010 and lost to incumbent Democratic Gov. Deval Patrick.

During his second term, the sudden emergence of COVID-19 pushed much of Baker’s political agenda to the side as he, and the rest of the state, raced to respond to the implications of a fast-spreading and deadly virus that scientists and policymakers were trying to grasp in real time.

Baker took a series of dramatic steps, shutting down nonessential businesses, requiring the use of face masks in public, closing schools and issuing stay-at-home recommendations.

While some bristled at the restraints, polls showed Baker’s response generally earned high marks from the public, although there were serious errors. The state was home to one of the deadliest COVID-19 outbreaks in a U.S. nursing home at a veterans home where dozens succumbed to the disease.

“If we were to run, it would be a distraction that would potentially get in the way of many of the things we should be working on for everyone in Massachusetts. We want to focus on recovery, not on the grudge matches political campaigns can devolve into,” Baker and Polito said in their email.

Baker has also had to weather the ire of Trump.

Massachusetts Republicans have long leaned to the moderate and progressive wing of the national party, but Baker made that divide even more explicit, refusing to endorse — or even vote for — Trump during his 2016 run. Baker again refused to vote for Trump’s reelection bid last year.

The public stance earned Baker the rebuke and moniker of RINO — Republican In Name Only — from Trump, but likely only strengthened Baker’s popularity in Massachusetts, where voters rejected Trump by double-digit margins in both elections.