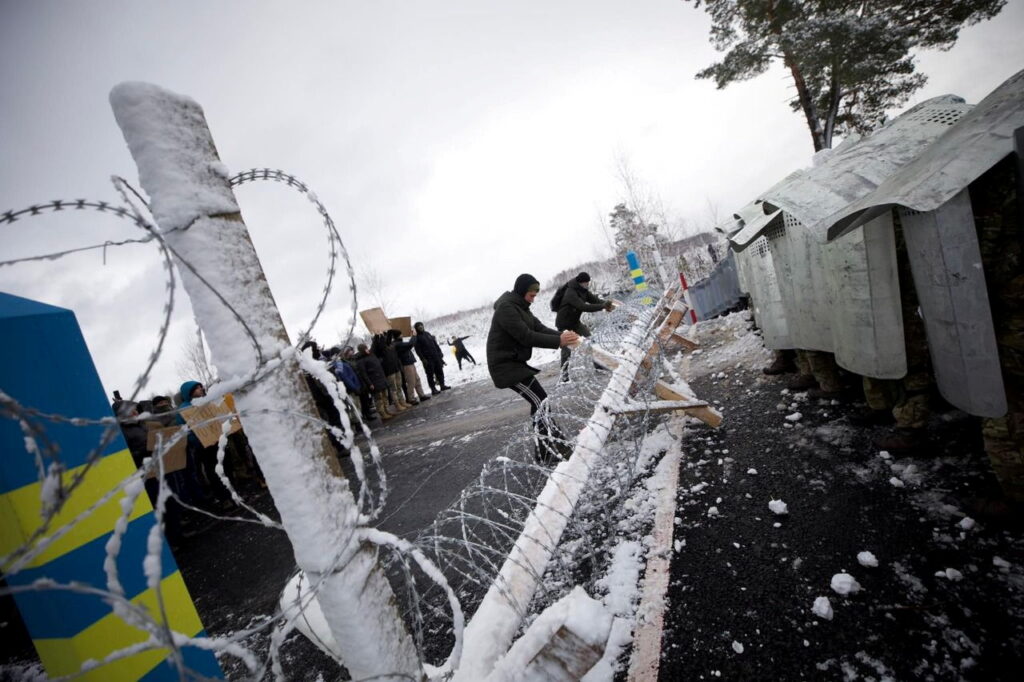 Belarus is locked in a row with the European Union over migrants camped at its western border. The EU has accused Belarus of flying in thousands of people from the Middle East and pushing them to cross into the bloc via Poland, Lithuania and Latvia. Belarus denies this.

Meanwhile on Wednesday, the Polish Defense Minister said the Belarusian defense attaché had been summoned after lights set up by Polish soldiers near the town of Terespol were damaged by shots from air guns.

“The provocations of the Belarusian services are absolutely unacceptable,” Mariusz Blaszczak wrote on social media.

A spokesman for the Belarusian Foreign Ministry was not immediately available to comment.

Poland’s President Andrzej Duda on Tuesday signed into law new regulations allowing the government to limit access to areas around the border with Belarus. The law came into effect on Wednesday, replacing a state of emergency that expired at midnight on Tuesday.