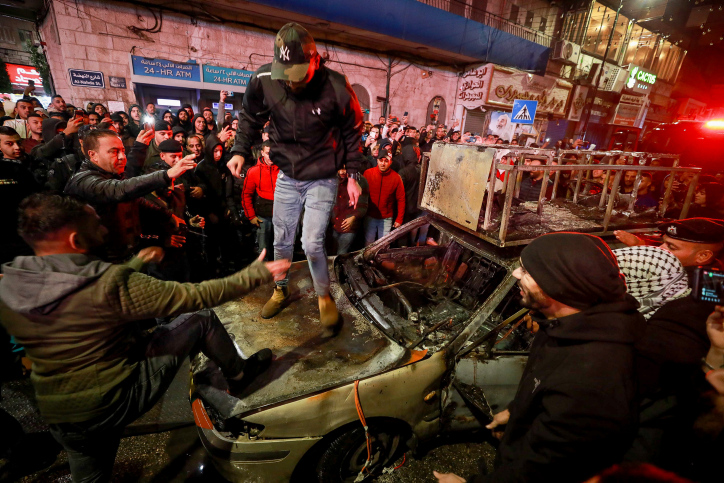 Two Israelis who entered the Palestinian city of Ramallah were attacked by a lynch mob on Wednesday night, but b’chasdei shamayim, suffered only minor injuries.

Rocks were thrown at their car and then the two were dragged out of the vehicle, which the crowd then set aflame, according to Palestinian media reports.

Israeli authorities were notified of the incident, and a large IDF force was dispatched to the entrance to Ramallah, where they took the two Israelis into custody.

They were reported to be lightly injured.

The Israelis told interrogators that they entered Ramallah accidentally after losing their way en route to the Israeli village of Hashmonaim.

The IDF is reminding Israelis that it is both dangerous and forbidden to enter Ramallah.