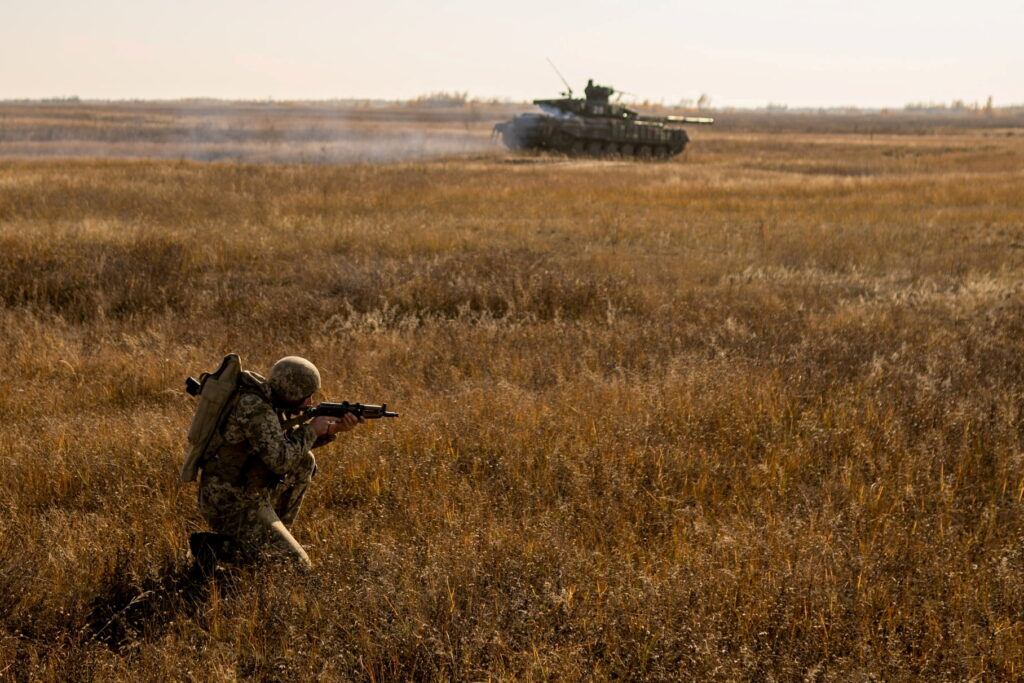 The United States and Britain warned Russia on Tuesday against any new military aggression against Ukraine as the Western military alliance NATO met to discuss Moscow’s intentions for massing troops on the border with the former Soviet republic.

U.S. Secretary of State Antony Blinken was to brief his 29 NATO counterparts on Washington’s intelligence on the group’s eastern flank and in Ukraine, which is not a member.

Kyiv’s aspirations for integration with the West triggered a major stand-off with Moscow earlier this century.

The Kremlin went on to annex the Black Sea peninsula of Crimea from Ukraine in 2014 and then backed rebels fighting government troops in the east of the country. That conflict killed 14,000 people, according to Kyiv, and is still simmering.

At a news conference before the NATO meeting, Blinken expressed alarm at the “unusual” Russian troop movements and “increasingly belligerent rhetoric” from Moscow.

“Any escalatory actions by Russia would be a great concern to the United States… and any renewed aggression would trigger serious consequences,” he said.

Two Russian troop build-ups this year on Ukraine’s borders have alarmed the West. In May, Russian troops there numbered 100,000, the largest since Russia’s annexation of Crimea in 2014, Western officials say.

Moscow has dismissed as inflammatory Ukraine’s suggestions that it is preparing for an attack, said it does not threaten anyone and defended its right to deploy troops on its own territory as it wishes.

Adding to Western concerns, Belarus on Monday announced joint military drills with Russia on its border with Ukraine. While also a former Soviet republic, Minsk – unlike Kyiv – is a close ally of Moscow.

Belarusian President Alexander Lukashenko, whom the West accuses of seeking to divide the European Union by sending Middle Eastern migrants to the border of NATO members Poland, Latvia and Lithuania, warned that Minsk would not sit on the sidelines in case of war.

“It is clear whose side Belarus will be on,” he said, referring to Moscow, whose financial and political backing helped him weather mass public protests in August 2020.