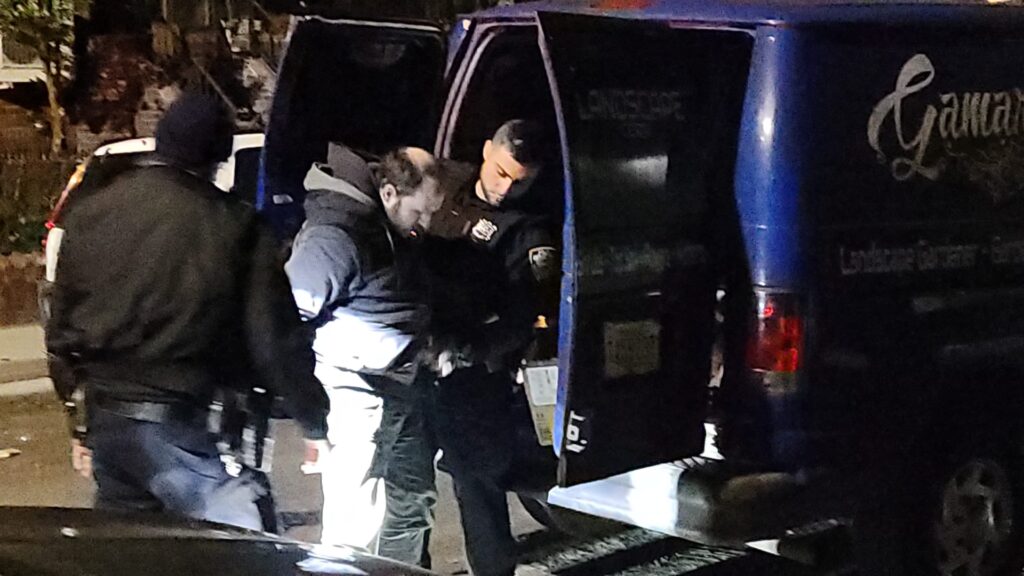 Shomrim and police officers in Flatbush arrested four men for package theft and another for car theft on Tuesday, after a spate of robberies has the local community on alert.

A member of Shomrim told Hamodia that they received multiple reports of a van going around the area of Avenue W and East 3rd Street and stealing packages off porches on Monday. The van was captured on security footage and by an eyewitness taking a photo.

On early morning Tuesday, the van was spotted parked area of Avenue Y and East 7. Shomrim staked out the area until police arrived to arrest the package thieves, and found the van was full of stolen Amazon deliveries, packages and other mail.

Additionally, Shomrim and police arrested a young man who was part of a ring of thieves who had broken into shuls on Shabbos three times and stole car keys to then make off with the cars in the last five weeks. The car thieves have some knowledge of Hebrew and are able to read the codes on the shul locks in order to let themselves in. At least one car they stole was crashed, and another was recovered by Shomrim after it was caught on video and the thief was arrested.

Shomrim told Hamodia that one of the car thieves had two gun arrests in the past month, and warned, “We need to be very careful with these kids. They are fearless.”

The community “needs to know any valuables left in shul are vulnerable,” Shomrim warned. He also suggested that car owners purchase a tracker as a precaution.