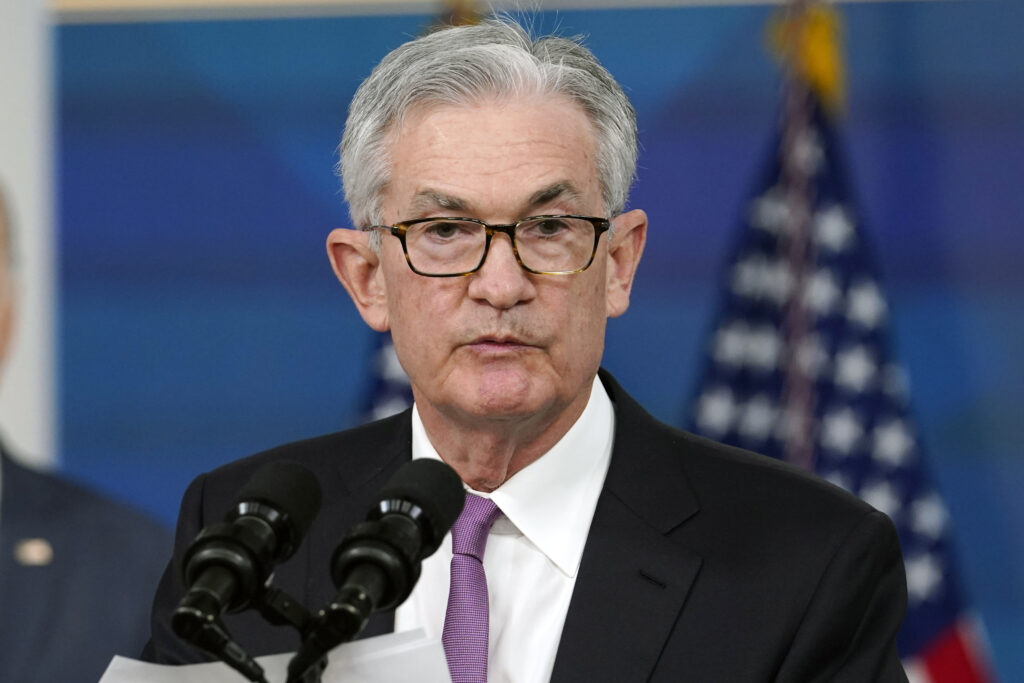 Chair Jerome Powell said Tuesday that the Federal Reserve will consider acting more quickly to dial back its ultra-low-interest rate policies to counter higher inflation, which Powell acknowledged will likely persist well into next year.

The Fed is currently reducing its monthly bond purchases, which are intended to lower longer-term borrowing costs, at a pace that would end those purchases in June. But Powell made clear that Fed officials will discuss paring those purchases more quickly when it next meets in mid-December.

Doing so would put the Fed on a path to begin raising its key short-term rate as early as the first half of next year. A higher Fed rate would, in turn, raise borrowing costs for mortgages, credit cards and some business loans.

“The economy is very strong and inflationary pressures are high,” Powell said at a Senate Banking Committee hearing. “It is therefore appropriate in my view to consider wrapping up the taper of our asset purchases … perhaps a few months sooner.”

Powell also said that the Fed should know more about the potential impact of the omicron variant on the economy in time for that next meeting. But he suggested that for now, omicron hasn’t much affected the Fed’s economic outlook.

The recent increase in delta cases and the emergence of omicron “pose downside risks to employment and economic activity and increased uncertainty for inflation,” Powell said in his prepared remarks Tuesday. The new variant could also worsen supply chain disruptions, he said.

Powell’s comments come after other Fed officials in recent weeks have said the central bank should consider winding down its ultra-low interest rate policies more quickly than it currently plans. They cited concerns about inflation, which has jumped to three-decade highs.

The additional uncertainty raised by the omicron variant may complicate the Fed’s next steps.

“Greater concerns about the virus could reduce people’s willingness to work in person, which would slow progress in the labor market and intensify supply-chain disruptions,” Powell said.

Little is known definitively about the health effects of the omicron variant. But if it were to cause Americans to pull back on spending and slow the economy, that could ease inflation pressures in the coming months.

Yet if the new variant causes another wave of factory and port shutdowns in the U.S. and overseas, that could worsen supply chain snarls, particularly if Americans keep buying more furniture, appliances and other goods. That, in turn, could push prices even higher in the coming months.

Treasury Secretary Janet Yellen also testified before the Senate Banking panel and urged Congress to raise the nation’s borrowing limit. Yellen has previously warned that without a hike in the debt ceiling, the U.S. government could default on its debt obligations for the first time soon after Dec. 15.

“I cannot overstate how critical it is that Congress address this issue,” Yellen said. “America must pay its bills on time and in full. If we do not, we will eviscerate our current recovery.”

Congress is expected to address the borrowing limit and also faces a Friday deadline to provide enough funding to keep the federal government open.

Powell acknowledged that inflation “imposes significant burdens, especially on those less able to meet the higher costs of essentials like food, housing, and transportation.”

He said most economists expect inflation to subside over time, as supply constraints ease, but added that, “factors pushing inflation upward will linger well into next year.” At a news conference last month, Powell said high inflation could persist into late summer.

At their last meeting November 2-3, Fed policymakers agreed to start reducing the central bank’s $120 billion in monthly bond purchases by $15 billion a month. That would bring the purchases to an end in June.