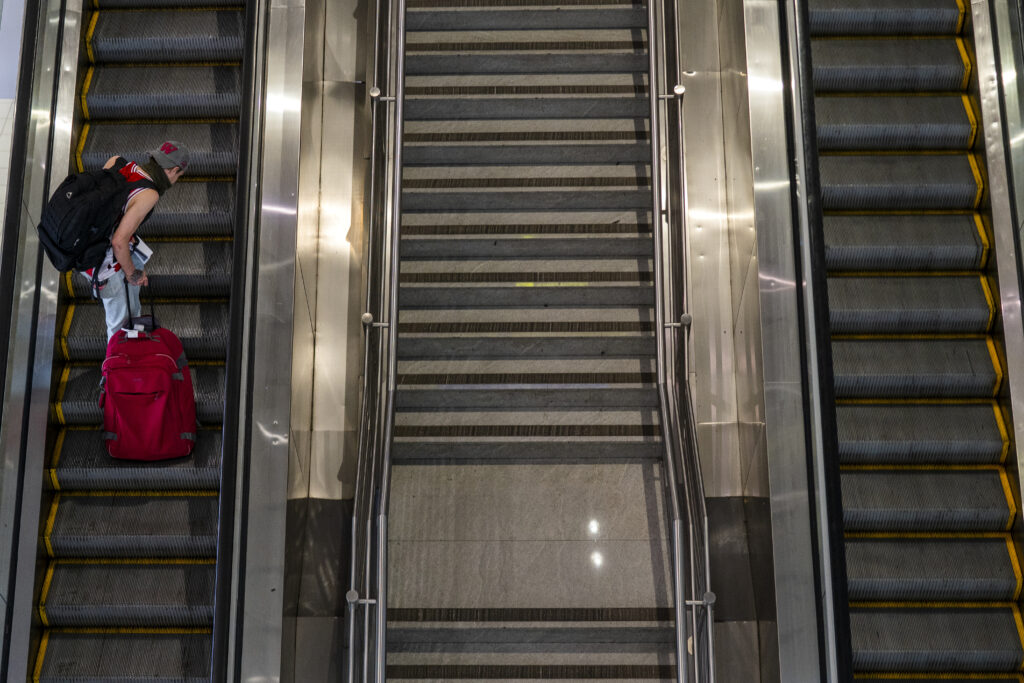 Countries around the world slammed their doors shut again to try to keep the new omicron variant at bay Monday, even as more cases of the mutant coronavirus emerged and scientists raced to figure out just how dangerous it might be.

Japan announced it would bar entry of all foreign visitors, while new cases of the variant identified days ago by researchers in South Africa appeared in places such as Hong Kong and Australia. New cases in Portugal and Scotland might already point toward local spread of the variant outside of southern Africa.

The infections showed the near impossibility of keeping the genie in the bottle in a globalized world of travel and open borders.

Yet, many tried to do just that, even against the urging of the World Health Organization, which noted that border closings often have limited effect and can wreak havoc on lives and livelihoods.

Some argued that such restrictions could provide valuable time to analyze the new variant. Little is known about it, including whether it is more contagious, more likely to cause serious illness or more able to evade the protection of vaccines.
The WHO warned, however, that “the likelihood of potential further spread of omicron at the global level is high. Depending on these characteristics, there could be future surges of COVID‐19, which could have severe consequences.”

While the initial global response to COVID-19 was criticized as slow and haphazard, the reaction to the new variant came quickly.

“This time the world showed it is learning,” said European Union Commission President Ursula von der Leyen, singling out South African President Cyril Ramaphosa for praise. “South Africa’s analytic work and transparency and sharing its results was indispensable in allowing a swift global response. It no doubt saved many lives.”

The WHO has praised Botswana as well as South Africa for quickly alerting the world to the presence of the new variant — and many have warned the countries should not be punished for their speed.

But that did not hold von der Leyen back from pushing the 27-nation EU toward imposing an immediate ban on flights from seven southern African nations — similar to measures many countries have taken.

Israel decided to bar entry to foreigners, and Morocco said it would suspend all incoming flights for two weeks starting Monday.

Despite the global worry, scientists cautioned that it is still unclear whether omicron is more alarming than other versions of the virus that has killed more than 5 million people.

And in some parts of the world, authorities were moving in the opposite direction. New Zealand announced it will press ahead with plans to reopen internally after months of shutdown, though it is also restricting travel from nine southern African nations.

Prime Minister Jacinda Ardern said that she didn’t anticipate any further restrictions and that restaurants and gyms in Auckland can reopen, ending a coronavirus lockdown that began in August.

“We’ve come through the past two years of COVID in better shape than nearly anywhere in the world,” Ardern said, pointing to low death rates, a growing economy and high vaccination rates.

Dr. Francis Collins, director of the National Institutes of Health in the United States, meanwhile, said no data as yet suggests the new variant causes more serious illness than previous versions.

Collins echoed several experts in saying the news should make everyone redouble their efforts to use the tools the world already has, including vaccinations, booster shots and measures such as mask-wearing.

The U.S. is banning travel from South Africa and seven other southern African countries starting Monday. “It’s going to give us a period of time to enhance our preparedness,” the United States’ top infectious disease expert, Dr. Anthony Fauci, said to ABC.