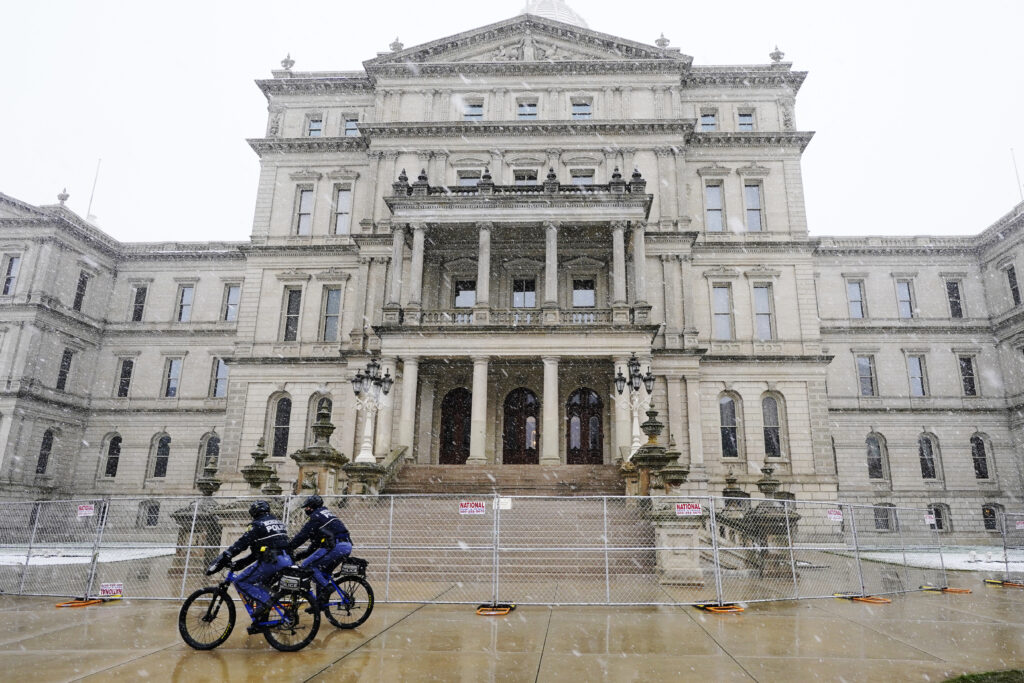 Two former political rivals are gearing up to begin collecting signatures for an initiative that could make their vision of deciding presidential elections by the popular vote rather than the Electoral College a reality.

The bipartisan effort led by Mark Brewer, former chair of the Michigan Democratic Party, and Saul Anuzis, former Michigan GOP chair, would have the state join an interstate compact to award member states’ Electoral College votes to the winner of the national popular vote. T

he Board of State Canvassers recently gave the green light to the “Yes on National Popular Vote” petition to begin gathering the 340,047 signatures needed to advance the proposal. Voters could have a chance to weigh in on the idea as early as next year if it isn’t adopted by the GOP-controlled Legislature, where the measure’s fate is uncertain.

For over a decade, the Legislature has repeatedly failed to pass bipartisan bills that would have added Michigan to the interstate compact.

And Republicans lawmakers who previously backed the proposal are now opposing it. That includes GOP legislative leaders.

Anuzis said it’s not a foregone conclusion that state lawmakers won’t adopt it this time. ”

We’re going to lobby the Legislature to adopt it,” Brewer said.

But if it doesn’t, Michigan voters would ultimately decide whether they want to do away with the current system for deciding presidential elections.

The Electoral College has come under increased scrutiny in recent years for electing presidents who did not win the support of a majority of American voters. The interstate compact would guarantee that whoever wins the presidency receives the most votes. Fifteen states and Washington, D.C., have enacted legislation to join the compact, accounting for 195 of 538 Electoral College votes. Michigan would add 15 electoral votes. The compact doesn’t go into effect until member states collectively account for a majority of electoral votes — at least 270.

House Speaker Jason Wentworth, R-Clare, sponsored a bill in 2018 to join the compact he now opposes. “It is dead on arrival in the House,” he wrote of the idea on Facebook.

The bill Wentworth backed three years ago was introduced by former Republican Rep. Tim Kelly, R-Saginaw, and garnered bipartisan support at the time. Gideon D’Assandro, a spokesman for the House speaker, wrote in an email to the Detroit Free Press that Wentworth “no longer feels it is the right choice for Michigan.” Senate Majority Leader Mike Shirkey, R-Clarklake, also opposes the compact he once backed in a 2018 bipartisan bill he sponsored, introduced by former Republican Sen. Dave Hildenbrand, R-Lowell.

The GOP lawmakers wrote in their letter that abandoning the current system for electing presidents would mean Michigan would lose electoral influence and “large states like California and New York” could “impose their will on the rest of the country.”

“That’s just demonstrably not true,” Anuzis said. “New York and California only make up about 18% of the population of the country.”

The interstate compact would ensure every voters’ voice is given equal weight in presidential elections no matter which state they live in, Anuzis said. Michigan would continue to remain relevant under a national popular vote system because of its size as well as its diverse and competitive electorate, he said.

But instead of focusing on a few battleground states, presidential candidates would also be forced to campaign for votes everywhere because the candidate who amasses the most votes nationally would win, Anuzis added.

Brewer said the change would bring presidential elections in line with how contests for other offices are decided. “We ask the voters to think about the fact that the only office elected in this country who’s not elected by the majority of the voters is the president,” he said.