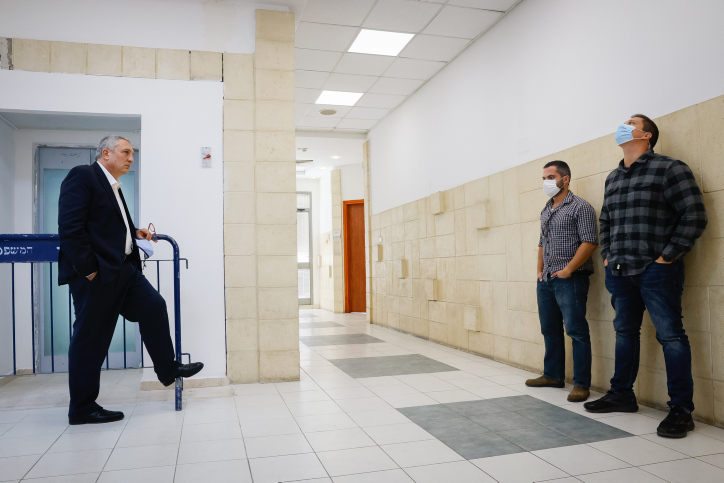 Case 4,000 entails the most serious charges against Netanyahu, including one of bribery. The former prime minister is accused of allegedly offering Shaul Elovitch, the controlling shareholder in the Bezeq telecom giant, legislative benefits potentially worth millions in exchange for positive coverage for himself and his family on the then-Bezeq-owned Walla news site.

Chefetz was asked about one instance from 2016 in which Walla ran an item about Netanyahu and his wife, Sara, visiting an IDF unit. After the item was published, the Netanyahus allegedly asked that the images included be edited, a request that was reportedly handed on through Elovitch and his wife.

When asked by the prosecution to characterize the alleged incident, Chefetz called it “unusual.”

The prosecutor also asked Chefetz about another instance in which he submitted a press release titled “An Event With Sara [Netanyahu] Today at Tel Aviv University.” Walla CEO Ilan Yeshua reportedly responded, “I’m putting it up right away on the homepage and adding a nice video.”

The prosecutor asked Chefetz to what extent concern about personal information concerning himself being made public played a role in his decision to turn state’s witness.

“There were physical and other pressures that increased to monstrous proportions,” Chefetz described.

“There’s no doubt that the collective conditions I was living under in the first few weeks [of the case] had an influence. It’s like an operation and general anesthetic. You exercise your judgment and do what your lawyer tells you to. I felt weak in the head and in my body. Toward the end of the 15th day I felt able to think for myself and I started to consider it,” Chefetz said.

After returning from recess, Chefetz began testifying in Case 2,000, at the center of which are alleged negotiations between Netanyahu and Yediot Acharonot owner Arnon (Noni) Mozes for more flattering coverage of Netanyahu in that newspaper in exchange for him promoting a law that would limit the distribution of Yisrael Hayom as a free daily.