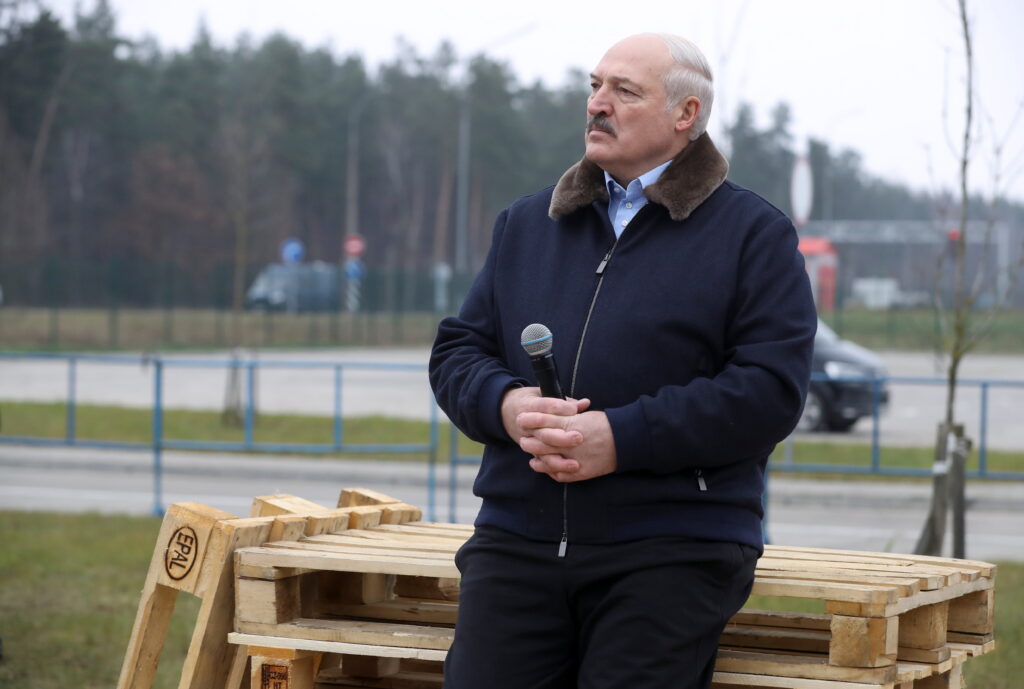 Belarusian leader Alexander Lukashenko told migrants stranded at the border with Poland on Friday that his country would help them to return home if they wanted but would not force them.

“For those who want to go home, we will help you do this,” Lukashenko said on a visit to a makeshift migrant camp. “But we will not force you. This is your right.”

Lukashenko, accused by the European Union of deliberately provoking a humanitarian crisis on its eastern border, told the migrants he would not play politics with their fate.

If the migrant crisis was not solved now, it would grow much bigger, he said.

In his first public appearance at the border since the start of the crisis, Lukashenko visited a facility providing migrants with food and spoke to Red Cross workers at the camp, Belta state news agency reported.

Lukashenko berated Belarus’s EU neighbors, telling the crowd: “We will do everything as you wish, even if that’s bad for the Poles and Latvians.”

He added: “We won’t in any circumstances detain you, tie your hands and load you on planes to send you home if you don’t want that.”

The European Union has accused Belarus of flying in thousands of people from the Middle East and pushing them to cross into the bloc in retaliation for EU sanctions imposed over Lukashenko’s crushing of protests against his disputed re-election last year. Belarus denies this.

Belarus has begun to fly some migrants home, but has said it is waiting for an answer from the EU on whether the bloc will accept 2,000 stranded at the border.

Lukashenko said on Monday that Belarus would demand Germany takes in the migrants and that the EU was not making contact with Minsk on the issue.

The standoff has exacerbated strife between Russia and the EU, whose ties have been at post-Cold War lows since Moscow’s annexation of Crimea from Ukraine in 2014.

Russian President Vladimir Putin, who helped Lukashenko ride out mass street protests after last year’s election, has also backed Belarus in its most recent standoff with the EU.