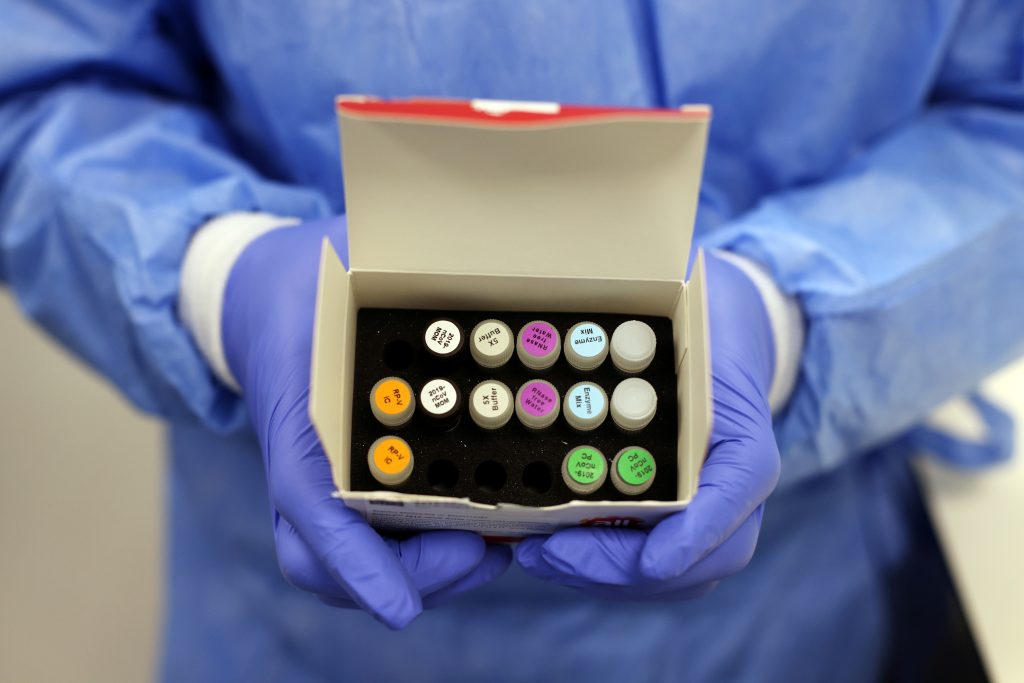 The first case of a new, highly mutated coronavirus variant that first emerged in South Africa was detected in Israel on Friday, the Health Ministry announced, a development that experts have been fearing.

The person was identified as an Israeli who had returned from Malawi.

The ministry said two others were suspected of also being infected with the new strain, currently known by its scientific name B.1.1.529, and were awaiting final test results.

All three were vaccinated, the ministry said, adding that their inoculation details were still being verified.

The statement said that Bennett had been updated during the night about the new strain being detected in Israel, and has ordered the government to purchase PCR test kits designed to better detect the variant.

The developments came despite efforts to prevent the strain from reaching Israel. On Thursday evening, Bennett ordered that several countries in southern Africa be labeled “red,” heavily restricting entry from them.

South Africa, Lesotho, Botswana, Zimbabwe, Mozambique, Namibia, and Eswatini were added to the list of countries from which foreigners are barred entry to Israel.

The list had been empty for some six weeks, as no country had fallen into the Health Ministry’s ‘red’ criteria.

Bennett “also instructed that an immediate evaluation be held on stopping flights from these countries to Israel and vice versa, or the implementation of a different plan to prevent the variant from spreading to Israel.”

Scientists in South Africa revealed Thursday that they had detected a new COVID-19 variant with “a very high number of mutations,” blamed for an “exponential” surge in infections there.

The number of daily infections in Africa’s hardest-hit country has increased tenfold since the start of the month.