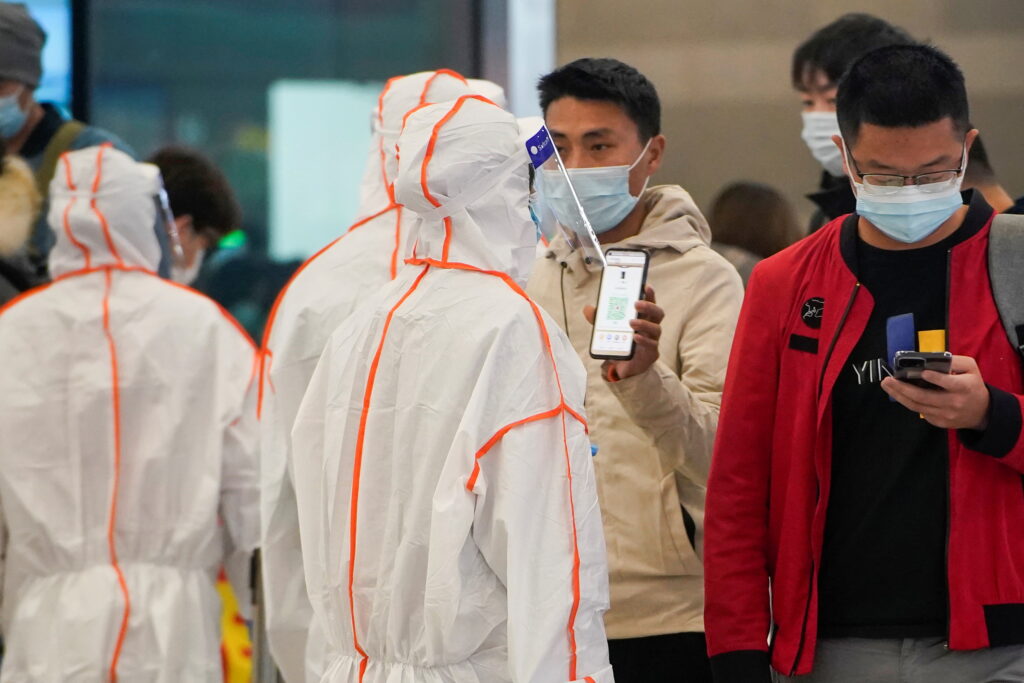 Asian and European countries tightened travel restrictions on Friday after a new and possibly vaccine-resistant coronavirus variant was detected in South Africa, with the EU and India announcing stricter border controls.

The variant has a spike protein that is dramatically different from the one in the original coronavirus that COVID-19 vaccines are based on, the UK Health Security Agency said.

The World Health Organization (WHO) is to hold an experts’ meeting in Geneva at 1100 GMT to discuss the variant and the risks it presents.

“WHO is convening a meeting … to better understand the timeline for studies that are under way and to determine if this variant should be designated as a variant of interest or variant of concern,” WHO spokesperson Christian Lindmeier said.

Nearly 100 sequences of the variant have been reported, and early analysis shows it has “a large number of mutations” requiring further study, Lindmeier said.

Scientists are still learning about the variant, first identified at the start of this week, but the news pummeled financial markets, with stocks in Asia on Friday suffering their sharpest drop in three months and oil plunging more than 3%.

The variant, called B.1.1.529, has also been found in Botswana and Hong Kong, according to the U.K. Health Security Agency.

Singapore’s Health Ministry said it would also restrict arrivals from South Africa and countries nearby as a precaution.

Italy imposed an entry ban on people who have visited a group of southern African states, including South Africa, in the last 14 days.

Berlin will also declare South Africa a virus variant area after the detection of the new variant there, a

European countries had already been expanding booster vaccinations and tightening curbs as the continent battles a fourth wave of the coronavirus, led by the more familiar delta variant, with many reporting record daily rises in cases.

The new wave comes as Europe and the United States enter winter, with more people gathering indoors, providing a perfect breeding ground for the virus.

Germany reported a record of more than 76,000 COVID-19 infections in a day as its air force got ready for the first time in the pandemic to fly severely ill patients to other parts of the country to unburden struggling hospitals.

The coronavirus has swept the world in the two years since it was first identified in central China, infecting almost 260 million people and killing 5.4 million.

Japan also tightened border controls for visitors from South Africa and five other African countries, the Jiji news service reported. Its Foreign Ministry did not immediately respond to a Reuters request for comment.

After easing some of its travel restrictions earlier this month, India’s central government issued an advisory to all states to rigorously test and screen international travelers from South Africa and other “at risk” countries.

Asian countries have fared better than other regions in containing the pandemic by enforcing strict preventive measures, rigorous testing and strict border controls.

Taiwan said travelers from “high-risk” southern African countries will have to go into government-run quarantine facilities for 14 days.

Asked whether those plans would have to be delayed due to the new variant, Ardern said the country had “a number of inbuilt measures to act as a layer of protection.”

“All of our planning around COVID, we have built into it the possibility of variants in the future,” Ardern said in an interview for the upcoming Reuters Next conference.