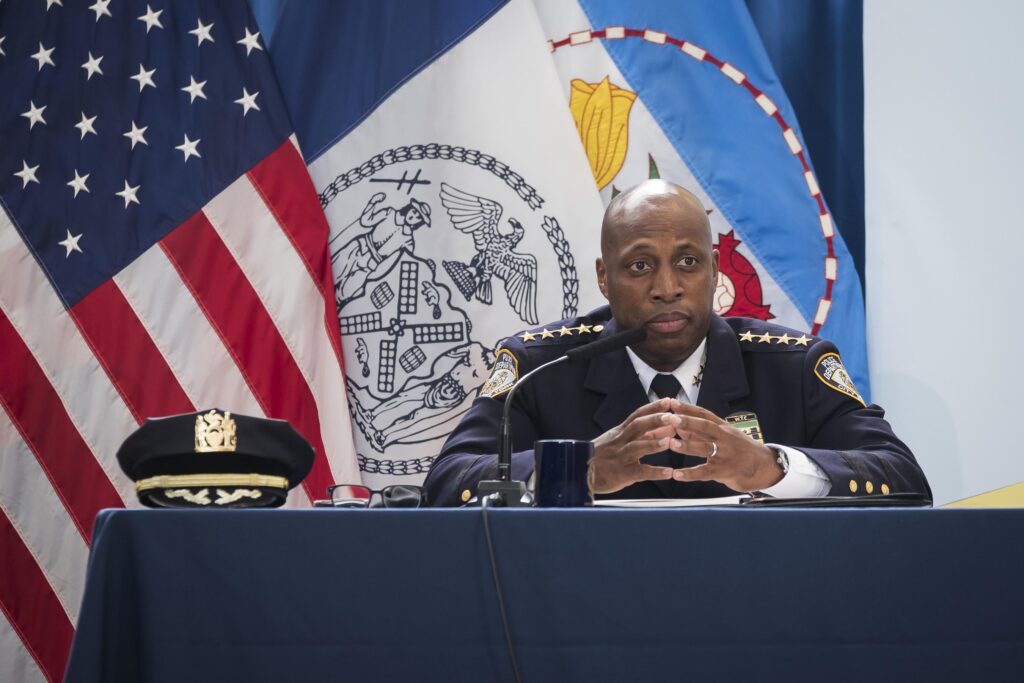 The New York Police Department’s highest-ranking uniformed officer, Rodney Harrison, is retiring Dec. 30 after become the first person ever to rise from cadet to chief of the nation’s largest police department, the department announced Thursday.

During his 30-year career, Harrison served as the department’s first African American chief of detectives, was shot while working undercover investigating drug crimes in the 1990s, held assignments in each of the city’s five boroughs and had the distinction of being the official in charge of monitoring wind speeds to decide whether the giant balloons of the Macy’s Thanksgiving Day Parade could fly in various years.

In recent years, he was instrumental in implementing the department’s “neighborhood policing” strategy, which pushes officers out of their patrol cars and onto the streets so they can build bonds with residents.

“I’m extremely proud to have worked tirelessly, over my entire career, protecting people and giving back to the city’s communities,” Harrison said in a statement.

Police Commissioner Dermot Shea called Harrison an “innovative leader” who has handled all his roles “with knowledge, skill, integrity and a great passion for our continuing mission to always protect life and property and to build lasting relationships with those we serve.”

Harrison was named chief of department in February. He’s the third African American in that post.

A New York City native, Harrison is part of a policing family. His wife is a retired NYPD lieutenant, and two of their daughters are now patrolling the city’s streets.