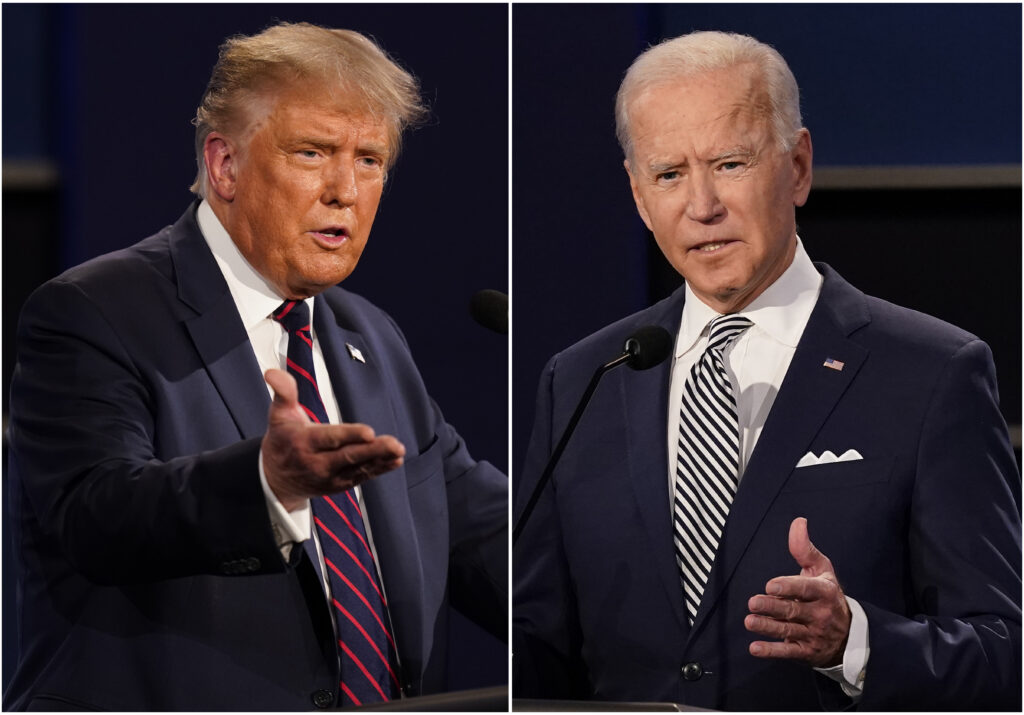 It’s never too early to talk about the race for the White House, or is it?

The poll, which was conducted for Trump’s own political action committee and first reported in Politico, finds Trump ahead in all five states, by margins ranging from 3% in Georgia to a tough-to-believe 12% in Michigan.

Trump has openly suggested he will make a comeback run for the White House in three years, but opinions are split within the GOP about whether he will actually mount a race or maintain leverage over the party.

In the Des Moines Register’s respected Iowa Poll, for example, Trump trounced Biden by 11% in a hypothetical rematch, a modest improvement over his 8% win in 2020.

Trump faces serious legal, financial and political headwinds should he decide to run.

He remains broadly unpopular, and a 2024 rematch with Biden might turn the focus back to his mercurial governing style, instead of the supposed failings of Biden. Biden swept all the battleground states last year to score a decisive Electoral College win and went on to beat Trump in the popular vote by more than 7 million votes.