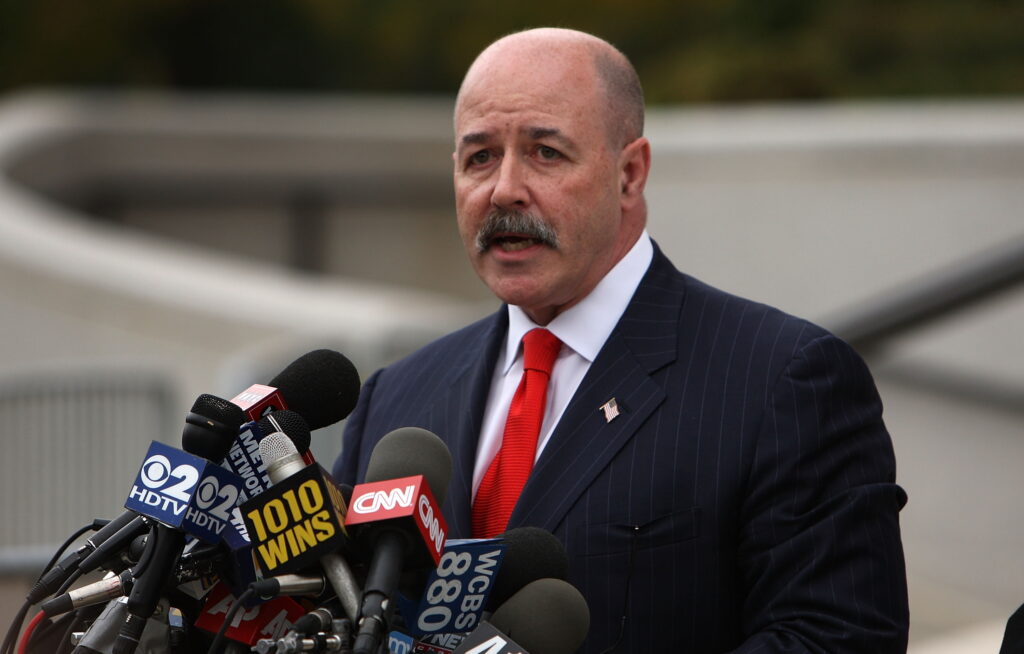 Former President Donald Trump said on Wednesday that he’s given Bernard Kerik the green light to comply with a subpoena for testimony issued by the congressional select committee investigating the Jan. 6 riots at the Capitol.

Hinting that Kerik, a former New York Police Department commissioner and a Trump ally, may use the demand for information to promote Trump’s claims that he won the 2020 election, Trump said Kerik is eager to answer the committee’s questions about their campaign to overturn the results of the 2020 presidential election.

“Bernie wants to comply with the subpoena with a public hearing, and asked me to waive attorney-client privilege so Bernie can testify and provide documents, which I grant him,” Trump said.

The congressional committee subpoenaed several of Trump’s associates who were closely involved in his efforts to overturn the election and who huddled in a “war room” leading up to the siege.

Kerik, an outspoken backer of Trump’s election-fraud claims, plans to give the committee documents that back their assertions, Trump said.

“The … Committee will not like what they asked for!” Trump declared in an email message.

Kerik retweeted an account of Trump’s statement, suggesting that he does plan to testify.

Kerik, 66, was serving as New York’s police commissioner at the time of the Sept. 11 attacks and was widely praised along with his boss, ex-Mayor Rudy Giuliani, for their leadership in the aftermath of the attacks.

Kerik was nominated as Homeland Security secretary by President George W. Bush, but the nomination collapsed over claims he employed undocumented immigrants as household help.

Kerik was later convicted of several fraud and corruption charges related to his diversion of government funds for private home repairs and other personal expenses. He served four years in prison but later had his record cleared by Trump with a presidential pardon.