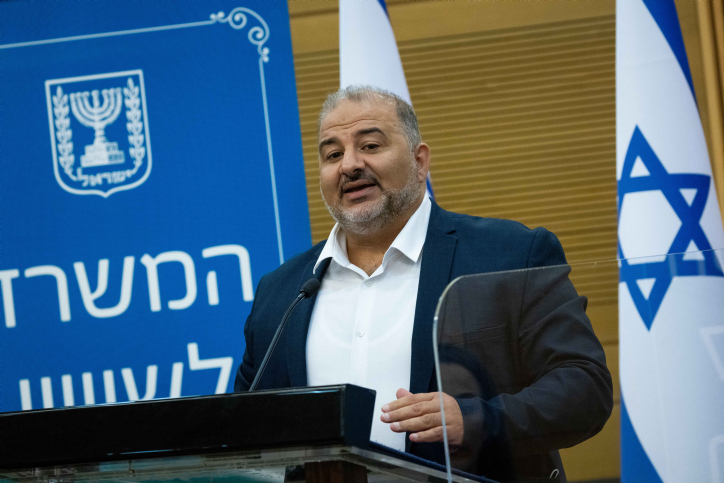 The Islamist Ra’am party’s decision to join the Bennett-Lapid coalition began to pay off on Wednesday, as Israel officially launched a 30-billion shekel five-year plan to improve life in the Arab sector.

MK Mansour Abbas, Ra’am’s chairman, declared that “the time is past in which we were another statistic lacking any influence or significance in Israeli politics, and the time is past in which our programs were called by some random number series. Today, our plans have a name, significance, and a purpose,” he said, referring to the name of the program, Takadum, which is Arabic for Progress.

There was a certain discord at the launch, though. Regional Cooperation Minister Issawi Frej turned to Finance Ministry Deputy Budgets Director Tzahi David and said, “You’re the one’s holding up the five-year plan, you’re the ones responsible. You came here and spoke, and all the heads of the Arab local authorities heard you. Act flexibly and not rigidly.”

Public Security Minister Omer Barlev said that while much of the media focus in recent months has been on Arab crime, broad social spending is necessary. “Dealing with crime can by itself suffice for a while, but unless Arab society connects with economic society there will be no progress. In a word, it’s called discrimination. Discrimination has many aspects, and unfortunately it has been around for many years. Those most affected are the young, and it has led to the fact that 40% of Arab young people are unemployed, and unemployment leads to crime.”