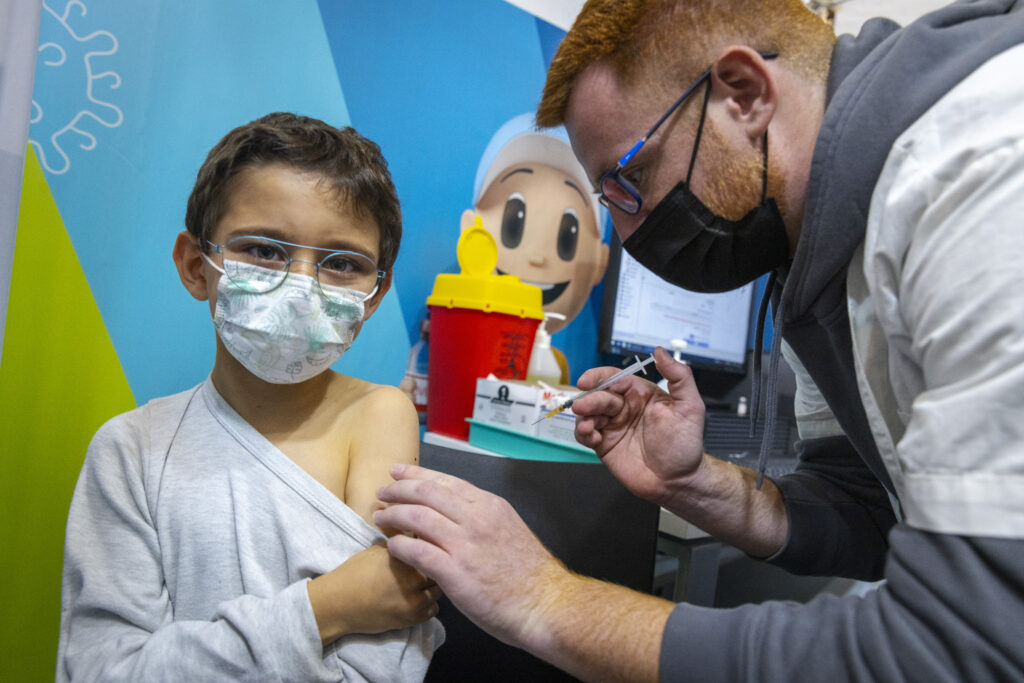 The initial response to the government’s call for children ages 5-11 to come and get vaccinated against the coronavirus has been disappointing, according to a Channel 12 report a day after the official rollout began.

Only four percent of parents have made appointments for their kids to get the shots so far, despite the government’s promotional efforts.

Meanwhile, official concern over an increase in the coronavirus infection rate continues.

“In the past week, we have once again been witness to a rise in the number of coronavirus cases confirmed each day and in the infection coefficient,” she said. “This tells us that the rise in infections is real, and it’s not in small numbers.”

Gans noted that the infection coefficient rose to 1.08 on Wednesday morning, and that most of the new cases are among children.

“From the analysis we have conducted up until now .. . we see that the critical mass is children who are unvaccinated,” she said. “The ages are between 6-11, which is a population which is entirely unvaccinated, and another 20-30% are ages 12 and up.

“We attribute this to a population which is unvaccinated, and not to the beginning of a drop in immunity. We have no data on such a thing.”

On Tuesday night, the Coronavirus Cabinet decided to extend Green Pass regulations to restrict access to certain venues to vaccinated or recovered individuals by two weeks, but did not make any decision on tightening or loosening restrictions, Bennett’s office said.

As of Tuesday night, there were 6,131 active cases, including 128 serious infections. There were 16 deaths in the past week, bringing the toll since the start of the pandemic to 8,178.

Over 5.7 million Israelis have received two vaccine doses, and over 4 million have had a booster shot.