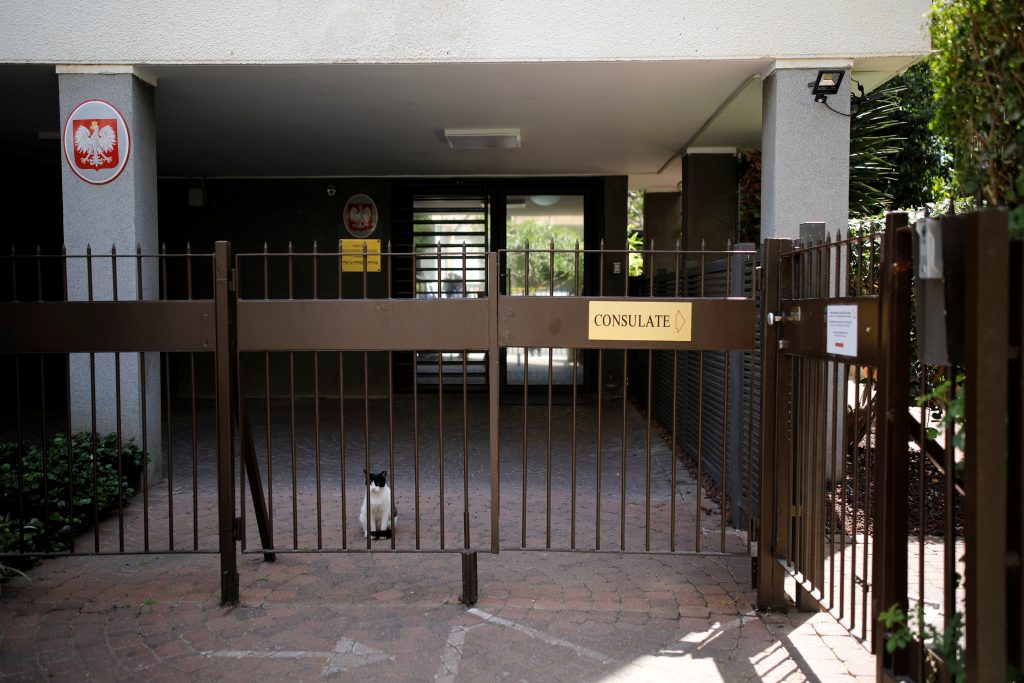 Israel’s chargé d’affaires to Poland, Tal Ben-Ari, is set to return to her office later this week, signaling an easing of tensions in the dispute between Israel and Poland that prompted her recall.

However, the envoy’s return is not equivalent to that of returning a recalled ambassador, a source from Israel’s Foreign Ministry disclosed to The Jerusalem Post, adding that the event was supposed to take place quietly.

Ben-Ari was originally recalled by Israel after Poland approved legislation which would effectively end compensation and restitution claims for Holocaust survivors.

Israel’s new ambassador to Poland, Yaakov Livne, was also stopped from departing to his post there.

Warsaw then reciprocated by recalling its respective envoy to Israel.

The return of Ben-Ari comes following a series of steps to improve Poland’s relations with the country.

Poland also spoke out against Sunday’s terror attack in the Old City of Yerushalayim by a terrorist linked to Hamas, writing, “We share the grief of the family of the victim and wish a speedy recovery to the wounded.”