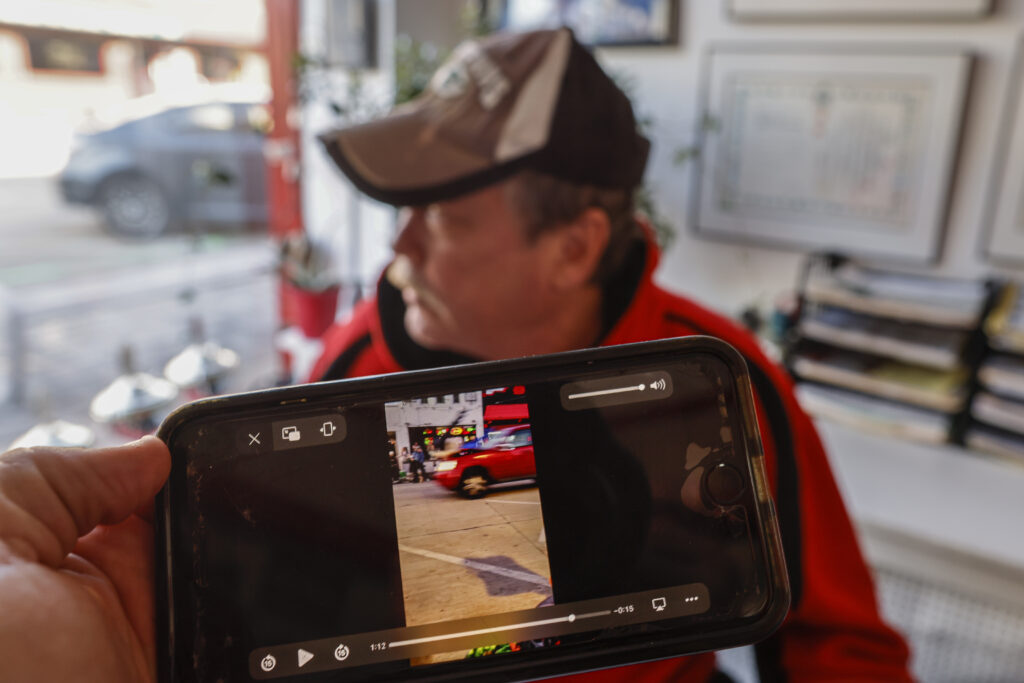 The suspect in a parade crash in suburban Milwaukee that killed five people was free on $1,000 bail posted just two days before the deadly event, a fact that is leading to a review of what happened and renewed calls for giving judges more power to set higher bails.

One pending case against Darrell Brooks Jr. included an allegation that he deliberately hit a woman with his car in early November after a fight. Prosecutors in Milwaukee County on Monday called their bail recommendation “inappropriately low” given the facts of that case and the Sunday crash, and said they would review it.

Police said Brooks, 39, was behind the wheel of the SUV that sped through the parade route in Waukesha on Sunday, killing five and injuring 48 others. Waukesha Police Chief Dan Thompson said Brooks was leaving the scene of a domestic dispute that had taken place just minutes earlier.

Brooks has been charged with crimes 16 times since 1999 and had two outstanding cases against him at the time of the parade disaster. That included resisting or obstructing an officer, reckless endangering, disorderly conduct, bail jumping and battery for the Nov. 2 incident.

Thompson said police were going to recommend he face five charges of first degree intentional homicide, which is punishable by life in prison. He was to appear in court Tuesday afternoon.

Legal experts cautioned that one extreme case should not be reason to push for higher bail amounts that would keep poorer defendants behind bars longer while they await trial.

Republican state Rep. Cindi Duchow said she was reintroducing a constitutional amendment that would change the bail process in Wisconsin to allow judges to consider a defendant’s danger to the community when setting bail. Judges currently are only allowed to consider the possibility that defendants might not show up for a court appearance when setting bail.

“That’s attempted murder,” Duchow said. “If you’re a danger to society, you should have to work hard to get out.”

Thompson, the police chief, said that there was no evidence the bloodshed Sunday was a terrorist attack or that Brooks knew anyone in the parade. Brooks acted alone, the chief said.

Brooks had left the site of the domestic disturbance before officers arrived, and was not being chased by police at the time of the crash, according to the chief, who gave no further details on the dispute.

On Sunday, a joyous scene of marching bands and children dancing in hats and waving pompoms gave way in an instant to screams and the sight of crumpled bodies as the SUV sped through barricades and struck dancers, musicians and others in the community of 72,000.

“It looked like dummies being thrown in the air,” said Nicole Schneiter, who was there with her children and grandchildren. “It took a second to register, like, ‘Is that what we really just saw?’ And then you looked in the road and there were just people laying in the road.”

At least nine patients, most of them children, were in critical condition Monday at two hospitals, and seven others were reported in serious condition.

The chief said that police weren’t pursuing Brooks before he entered the parade route, but an officer did fire a shot to try to stop him. The officer stopped firing because of the danger to others. Brooks was not injured.