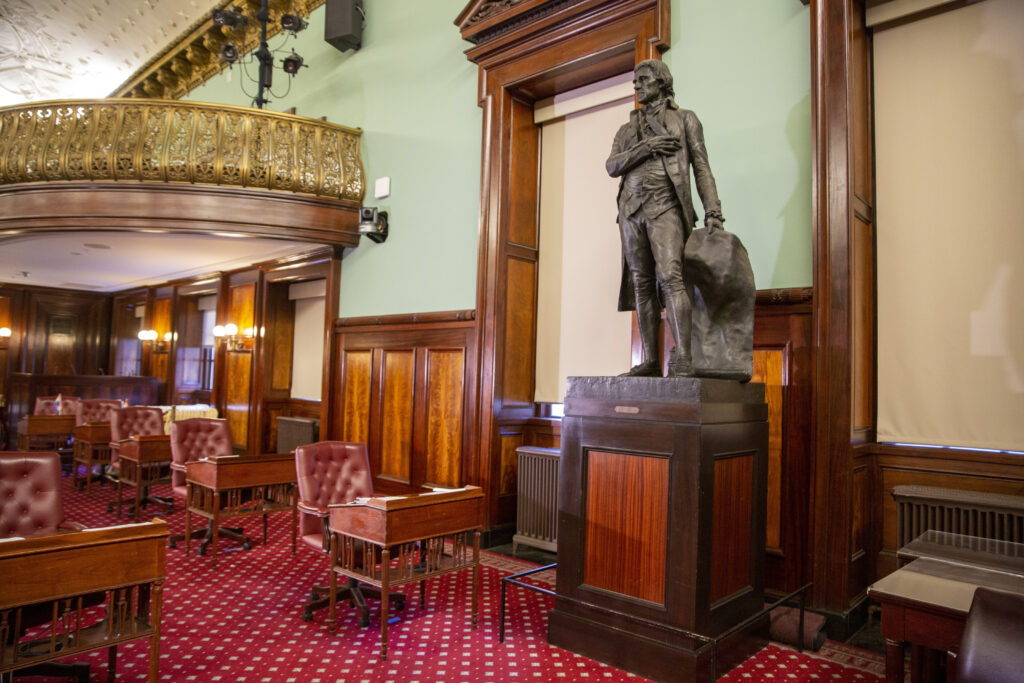 After 187 years, a statue of Thomas Jefferson holding the Declaration of Independence has been removed from City Hall on Monday, after the city’s Public Design Commission voted to remove it.

About a dozen art handlers used pulleys and straps to lift the 884-pound plaster statue off its  plinth and placed it in a wooden box, insulated with foam blocks, according to the New York Post.

Councilman I. Daneek Miller, State Assemblymember Charles Barron and Councilwoman Inez Barron, among others,  led a push to have the statue removed, arguing that Jefferson, who owned more than 600 enslaved people, was not a political figure to admire in the seat of local government.

“There’s so much about Thomas Jefferson and his own personal writings, memoirs about how he treated his slaves,” Miller told the Post. “For us to really highlight such an individual is really not who we are as a council.”

“This is a vote to sideline history,” Republican Councilman Joe Borelli told the Post. “That Jefferson is holding the bill of rights in the very statue is lost on those who have benefitted from his contribution.”

The statue was donated in 1834 by Jewish naval officer and philanthropist Uriah Levy, who was an admirer of Jefferson. Levy also commissioned and donated a statue of the third president to the rotunda of the U.S. Capitol, where it still stands.

The statue will go to the New York Historical Society and be displayed in the private museum’s lobby fox six months, before being brought to a different area within the museum for viewing.

“The statue will be given appropriate historical context, including details of Thomas Jefferson’s complicated legacy — his contributions as a founder and draftsman of the Declaration of Independence and the contradiction between his vision of human equality and his ownership of enslaved people — and the statue’s original purpose as a tribute to Jefferson’s staunch defense of freedom of religion,” a museum spokesperson told the Post.