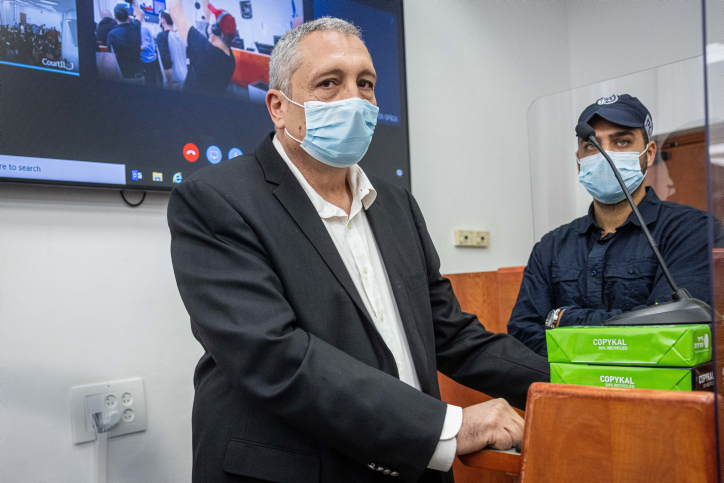 Nir Hefetz, a former aide and confidant to former Prime Minister Binyamin Netanyahu, testified in court on Tuesday that Netanyahu’s wife Sara and son Yair instructed him to destroy materials that might later be used to incriminate them, The Times of Israel reported.

Heferz told the court that he made thousands of recordings of conversations during his years working with the Netanyahus, for whom he served as spokesman and adviser after giving up a career in journalism in 2014.

As a go-between, he said that he pleaded with Shaul Elovitch, the owner of Bezeq at the time, to delete from his phone possibly incriminating texts sent to and from the Netanyahus.

According to Hefetz, Elovitch responded that deleting texts is not enough as they can always be recovered. Instead, he said they should get rid of their phones.

Hefetz related that Netanyahu’s wife and son were visibly upset that Elovitch might not have complied with the request.

“They were scared, in a panic… Yair Netanyahu was physically shaking. They asked that I go to the Elovitch home to confirm and see with my own eyes that Iris and Shaul Elovitch deleted all of their texts with them,” he said. “There was no mention of Binyamin Netanyahu, I do not remember if he was even home at the time.”

Hefetz is state’s witness in Case 4000, in which Netanyahu is alleged to have worked to illicitly arrange benefits for the business interests of Bezeq’s controlling shareholder, Shaul Elovitch, in exchange for positive coverage on Walla, a news site owned by Elovitch. He denies any wrongdoing.

At one point, said Hefetz, Sara Netanyahu told then-Communications Ministry director general Shlomo Filber to “turn off the regulation tap” for Bezeq and threatened to sever ties with the Elovitches if they wouldn’t cooperate.

“It’s important that I emphasize that this was Sara and not Binyamin Netanyahu. I was never asked by Binyamin Netanyahu to send a message to Mr. Elovitch or anyone in his circle regarding regulation,” Hefetz said.