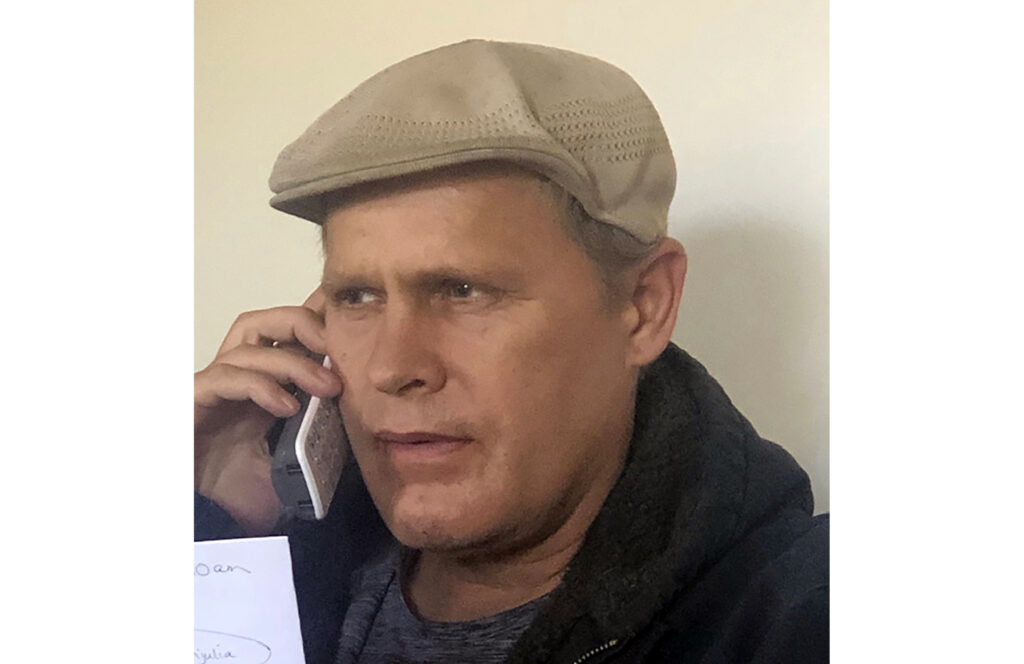 A formerly homeless man who ended up in a mental institution for more than two years because of mistaken identity is suing the state and various Honolulu police officers, Hawaii public defenders and doctors.

Joshua Spriestersbach’s attorneys say in a lawsuit filed Sunday in U.S. District Court in Honolulu that Hawaii officials haven’t responded to a petition seeking to correct his records to ensure the error never happens again.

The petition filed in state court in August laid bare Spriestersbach’s bizarre plight, which started with him falling asleep on a sidewalk. He was homeless and hungry while waiting in a long line for food outside a Honolulu shelter in 2017.

When a police officer roused him awake, Spriestersbach thought he was being arrested for the city’s ban on sitting or lying on public sidewalks.

The officer mistook him for a man named Thomas Castleberry, who had a warrant out for his arrest for allegedly violating probation in a 2006 drug case.

Despite Spriestersbach’s protests that he wasn’t Castleberry, he ended up in the Hawaii State Hospital, where he was forced to take psychiatric drugs, the petition said. When a doctor looked into his case and verified the mix-up, officials tried to cover up the mistake by quietly setting him free with just 50 cents to his name, his lawyers said.

“The Department of the Attorney General has not been served with the complaint and have not yet had the opportunity to review it with our client agencies,” Gary Yamashiroya, special assistant to the Hawaii attorney general, said Monday.

The Honolulu Police Department “is currently reviewing department policies and procedures to determine if changes are needed, Interim Chief Rade Vanic said. “We are also continuing to work with city attorneys to fully investigate and address the allegations in the lawsuit.”

The lawsuit sheds new light on factors that led to the mix-up, starting with an encounter with officers that happened years earlier.

Spriestersbach was arrested in 2011 for sleeping in a stairwell of a Honolulu middle school. It’s unclear why, but he gave the last name Castleberry, which was his grandfather’s last name, his lawyers said. He didn’t give a first name.

Spriestersbach was arrested again in 2015 for sleeping in a park. He gave his real name, but Thomas Castleberry appeared as an alias. Authorities checked fingerprints and again determined he wasn’t Castleberry.

During his 2017 arrest, Spriestersbach gave his real name, but Thomas Castleberry still showed up as an alias. This time, he was arrested for the warrant.

Even though he was fingerprinted and photographed at a jail, no one checked the prints or photo against Thomas Castleberry’s, the lawsuit said.

Castleberry, who isn’t related to Spriestersbach, is in custody with the Alaska Department of Corrections, with an expected release date in 2022, the lawsuit said. The Alaska Public Defender Agency, which has represented Castleberry, declined to comment Monday.

Police and others, including Spriestersbach’s public defenders and doctors, all had access to information that would have properly identified both men, the lawsuit said.

Spiestersbach now lives with his sister in Vermont. His lawyers said he declined to be interviewed for this story.