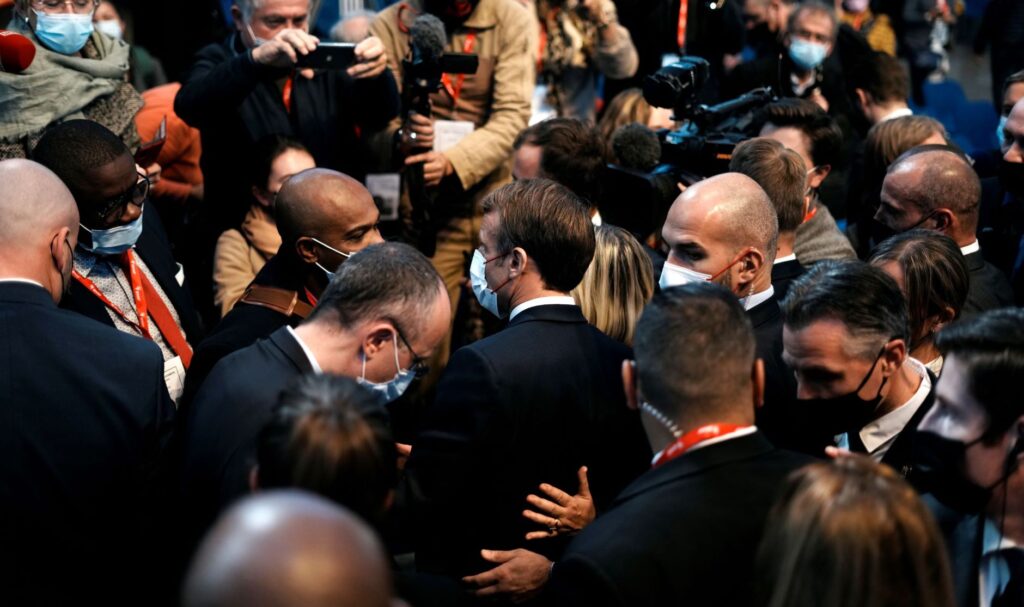 The prime minister of France, who tested positive for COVID-19 Monday, is being singled out on social media and beyond as the prime example of what not to do in the pandemic.

Multiple videos are being circulated widely of a maskless Jean Castex vigorously shaking hands with elected officials in an enclosed space at a Paris mayoral congress on Nov. 16. Angry users are pointing out that that goes against the official line that everyone should continue taking preventative measures.

They also noted that Castex had called French territory Guadeloupe “irresponsible” in the enforcement of COVID measures when he cannot abide by the rules himself.

Gabriel Attal, the French government’s spokesman, had leaped to Castex’s defense at the time the video first began circulating. “We are all only human,” he said.

But the Castex’s positive test is a potential embarrassment for the French government and President Emmanuel Macron ahead of April’s presidential election.

Castex’s office says the 52-year-old was infected by his 11-year-old daughter and is self-isolating for 10 days.

It’s unclear if Castex, who was double vaccinated in the spring, has symptoms.

Experts are saying that Castex’s behavior is indicative more widely of a drop in vigilance now that most of the population has received vaccine shots.

A prominent government figure, Labor Minister Elisabeth Borne, warned against complacency this month, acknowledging that “maybe we have lapsed a bit, barrier measures are being less respected.”

Mask sales have fallen in France by three quarters in the year up to August 2021.

But for the moment French media are concentrating their ire on Castex, pointing out that this is the fourth time that Castex has been a “contact case” for the virus, though he has never previously tested positive.

As a result of his positive test, several French ministers are self-isolating awaiting test results, including Europe Minister Clement Beaune. Beaune also received criticism for deleting a photo on Instagram of him laughing and leaning in to Castex without wearing a mask.