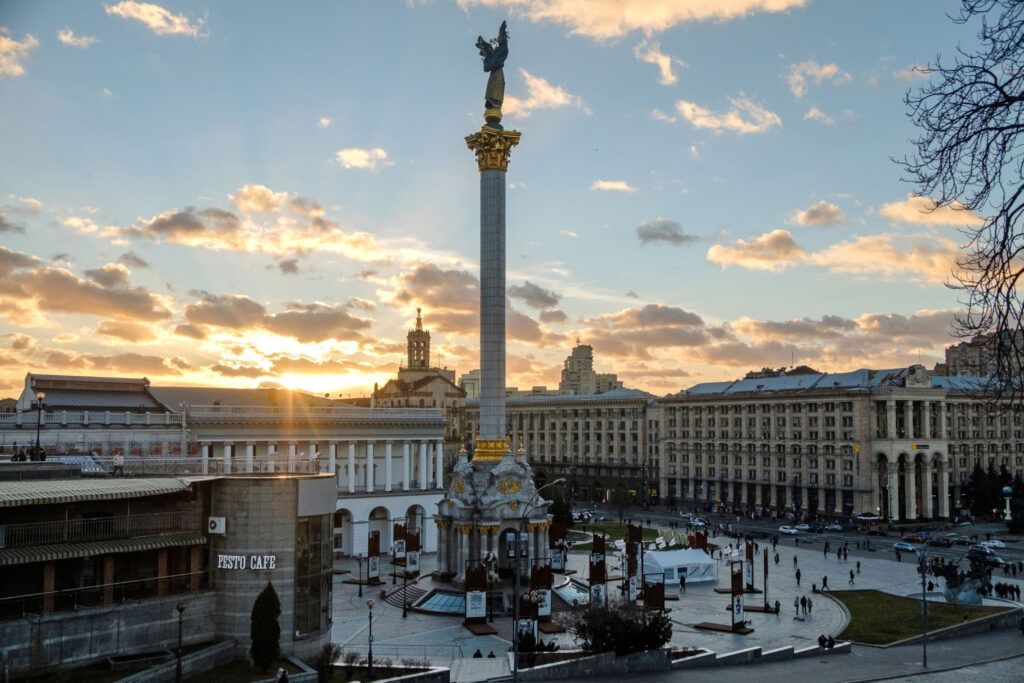 The U.S. has shared intelligence including maps with European allies that shows a buildup of Russian troops and artillery to prepare for a rapid, large-scale push into Ukraine from multiple locations if President Vladimir Putin decided to invade, according to people familiar with the conversations.

That intelligence has been conveyed to some NATO members over the past week to back up U.S. concerns about Putin’s possible intentions and an increasingly frantic diplomatic effort to deter him from any incursion, with European leaders engaging directly with the Russian president. The diplomacy is informed by an American assessment that Putin could be weighing an invasion early next year as his troops again mass near the border.

The information lays out a scenario where troops would cross into Ukraine from Crimea, the Russian border and via Belarus, with about 100 battalion tactical groups — potentially around 100,000 soldiers — deployed for what the people described as an operation in rough terrain and freezing conditions, covering extensive territory and prepared for a potentially prolonged occupation.

Two of the people said about half that number of tactical groups was already in position and that any invasion would be backed up by air support.

The two people said that Moscow had also called up tens of thousands of reservists on a scale unprecedented in post-Soviet times. They explained the role of reservists in any conflict would be to secure territory in a later phase after the tactical battalions paved the way. Russia hasn’t publicly announced any major call-up of reservists.

One of the people said the U.S. had also shared information about an exponential rise in disinformation targeting Kyiv and that Moscow has recruited agents to try and sow destabilization inside Ukraine.

Putin last week denied any intention to invade but welcomed the alarm as evidence his actions had gotten the attention of the U.S. and its allies, which he accused of failing to take Russia’s “red lines” over Ukraine seriously enough.

America and others are not saying a war is certain, or even that they know for sure Putin is serious about one. The people said it is likely he has not yet decided what to do. Secretary of State Antony Blinken said this month: “I can’t speak to Russia’s intentions. We don’t know what they are.”

A senior administration official said the U.S. has under Biden demonstrated it is willing to use a number of tools to address harmful Russian actions and would continue to do so. The White House said it had no further comment.

The Russian leader has a history of brinkmanship and prior buildups on the border have come to naught. But officials say he is positioning to act if he wanted to, and they note that even as troops withdrew from an earlier escalation in April they left equipment behind, making the fresh buildup faster and easier.

For Putin, Ukraine is unfinished business after his annexation of Crimea in 2014. He sees Ukraine as part of Russia and bristles at its outreach with the west, especially its nascent military engagement with NATO. While he has said he doesn’t want a war, in a speech last week he said his goal was to keep the U.S. and its allies on edge for “as long as possible, so nobody gets it into their head to cause a conflict we don’t need on our western borders.” He lambasted the U.S. and others for expanding military infrastructure in Ukraine and stepping up naval missions in the Black Sea and flights by warplanes along Russia’s borders.

Russian officials have said they want to see NATO stop its expanding cooperation with Ukraine and what Moscow sees as a buildup along its borders. There has also been some discussion of a fresh summit between Putin and U.S. President Joe Biden to defuse tensions. At the same time, Russian authorities understand that any attempt to occupy large amounts of Ukrainian territory militarily would face widespread public opposition on the ground and trigger sweeping western sanctions that could batter the Russian economy, people close to the leadership said.

Further diplomatic flurries are likely, while the U.S. has been considering re-upping and expanding a package of measures it put together this year during the prior troop buildup which could include sanctions.

Ukrainian Defense Minister Oleksii Reznikov visited Washington last week and asked the Pentagon for more help defending the country’s airspace and coast. Echoing the U.S. concerns, its defense intelligence agency chief told the Military Times he believes Russia could be preparing for an attack by the end of January or early February involving airstrikes, amphibious assaults and an incursion though Belarus.