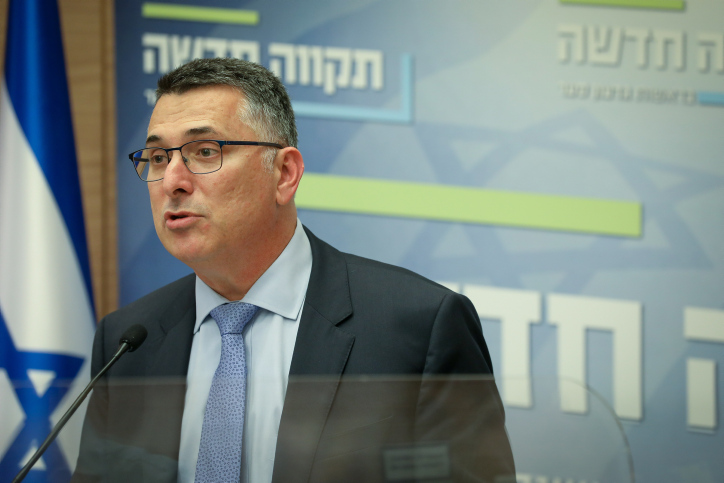 The Knesset took up the bill to impose term limits on the office of prime minister of eight years, Monday evening.

The bill’s author, Justice Minister Gideon Sa’ar, addressed the plenum, saying: “Prolonged rule by one person is a harmful thing. In the face of the dangers of excessive concentration of power and the resulting enslavement, we offer a better and more balanced arrangement and a large majority of Israeli citizens support the idea and prefer it to the threat of an unlimited term in office.”

Sa’ar continued: “Opponents of term limits seek to leave the door open for an indefinite term. The aspiration for an indefinite term is not about the time in power but, as we have recently heard directly, also the lack of any balances and other restraints, from the courts to the opposition,” he said, according to Arutz Sheva.

Although he claimed that “the faction that has the greatest support for the law is the Likud faction,” it did not appear to be the case, as Opposition Leader Binyamin Netanyahu spoke out against the law and its backers in the coalition.

Netanyahu accused them of chutzpah for claiming they are preserving democracy, when they are actually seeking to deprive people of the elementary right to choose their leader.

“It won’t help them,” Netanyahu said. “We will return to power and repeal these anti-democratic laws.”

Foreign Minister and Yesh Atid leader Yair Lapid denied that the law targets Netanyahu, noting that it does not apply retroactively, and that he would still be permitted to serve eight years as prime minister if it passes.

“I heard the claim that the bill is personal,” Lapid told his faction. “It is personal against Prime Minister Naftali Bennett, the current prime minister, and against me, because the law says I will be prime minister after him.”

“We are legislating it because it’s not healthy for a democracy for a prime minister to be in power for more than eight years,” Lapid said.

Referring to Netanyahu’s ongoing corruption trial, he added that “we see in court nowadays how staying in power too long leads to corruption. We will put a stop to it.”